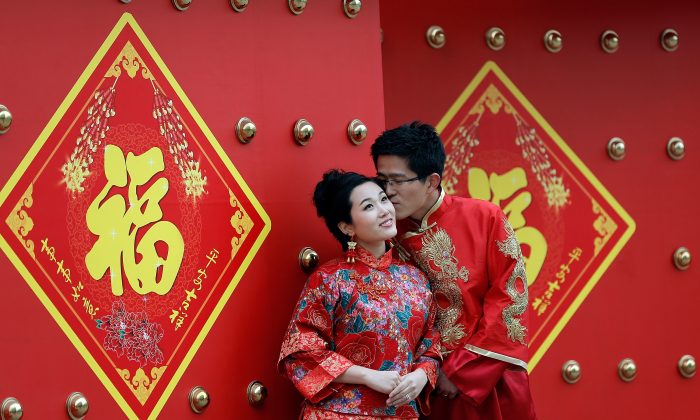 The long-feared population crunch and economic catastrophe that has had demographers talking for years is happening now, a Chinese statistician has declared.

In an article published recently, Yao Meixiong, the deputy director of a state census body in Fujian Province, argues that the Chinese regime’s 35-year-old one-child policy must be immediately relaxed to stave off imminent demographic collapse.

Young Chinese living in the year 2020 will face severe difficulty finding employment or retirement benefits due to an economic downturn caused by an aging population. China is also afflicted with what state health authorities call the world’s “most serious and prolonged” gender imbalance.

Yao, who warns of an “explosion of hardships” within the next five years, described “a final window of opportunity to shift to a two-child policy.”

“China is losing millions of women capable of giving birth every year. The 13th five-year plan is the last effective period we have to adjust the population policy,” Yao wrote.

Yi Fuxian, a Chinese demographer now living in the United States, has a more pessimistic outlook.

“Even if the family-planning policy were terminated today, it would be too late to solve our rapidly ageing population, the drastic shrinkage of the labour force, and the gaping hole in social security funds that the country has already begun struggling with.”

In 2013, Chinese authorities removed Yi’s book, “A Big Country in an Empty Nest,” in which he explores the damage of the one-child policy, from the list of banned publications.

The natural population decline associated with urbanization and economic growth in China, exacerbated by population control, is also taking its toll on China’s work force as the population ages. Between 1982 and 2014, China’s child population (ages 0 to 15) shrunk by about 120 million, according to official statistics.

Liu Feiyue, director of the Chinese nongovernmental Civil Rights and Livelihood Watch, said that China’s coercive family planning runs contrary to natural demographic principles, in an interview with Radio Free Asia. An average fertility rate of 2.1 children per women is required to keep a population at stable replacement levels.

Between 2010 and 2030, China’s population is expected to decrease by 100 million, including a 70 million reduction of people between the ages of 20 and 59. This represents an 8.3 percent decrease in the overall labor force.

In 2014, 137 million Chinese were aged 65 and above, or about 10 percent of the population. This figure is to jump to 400 million, or 30 percent of the projected total population, by 2050 according to current replacement trends. The economic cost associated with supporting this population will directly impact China’s potential for increased development.