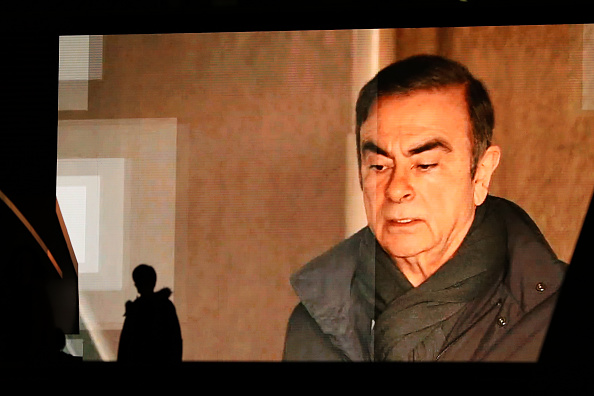 TOKYO—Nissan Motor Co. shareholders ousted Carlos Ghosn as a director on April 8, severing his last tie with the Japanese automaker he rescued from near-bankruptcy two decades ago and from which he is now accused of siphoning funds.

Days after Ghosn’s latest arrest in Tokyo, shareholders gathered for an extraordinary meeting, expressing bafflement and disquiet about growing allegations of financial misconduct laid out before them—while seeking more clarity on how Nissan plans to recover from the scandal.

Meeting shareholders for the first time since Ghosn’s initial arrest in November, Nissan Chief Executive Hiroto Saikawa and Jean-Dominique Senard, the chairman of its alliance partner Renault, said they needed to focus on collaboration and improving governance at the Japanese company. But they offered few concrete details about the way forward.

“I can’t comprehend how this could have happened, despite having auditors,” said Setsuko Shibata, a retired homemaker who said her family had held Nissan shares for decades. “I can’t say I feel better about the situation after today’s explanation.”

Ghosn has denied all the allegations against him and said he is the victim of a boardroom coup.

Proceedings were at times interrupted by some hecklers on the floor of the meeting, which was attended by a near record-high 4,100 shareholders.

The shareholders voted to remove both Ghosn and co-accused Greg Kelly from Nissan’s board of directors. Kelly has also denied the charges against him.

They also voted in Senard as a director, a move that was widely seen as an attempt to assuage concern about the future of the Nissan-Renault automaking alliance engineered by Ghosn.

Prosecutors last week took the highly unusual step of re-arresting Ghosn—who had been out on $9 million bail—returning him to the Tokyo detention center where he had previously spent more than 100 days.

Under the latest allegations, he is suspected of trying to enrich himself to the tune of $5 million at the automaker’s expense.

Ghosn’s lawyers called the arrest an attempt to muzzle him. He was due to speak at a news conference this week, but instead a video statement from him will be shown on April 9 at the Foreign Correspondents’ Club of Japan (FCCJ), the FCCJ said on its website.

Ghosn has been charged with under-reporting his Nissan salary for a decade, and of temporarily transferring personal financial losses to Nissan’s books. However, the new allegation is potentially more serious, as it could show he used company funds for his own purposes.

Both Saikawa and Senard talked about the need to focus more on unity and respect among executives and workers, although neither offered details on the outlook for their complex capital structure, in which smaller Renault owns a bigger share of Nissan.

“I will constantly suggest the best possible evolutions in the framework of the alliance,” Senard said after voters approved his appointment to Nissan’s board. “We want to secure the right future for Nissan,” he said, without elaborating.

The fall of one of the world’s most-feted executives appeared to have left some Nissan shareholders nonplussed.

“I was hoping to hear more details about the path forward. I wanted to know what sort of role a Japanese company can play in an international alliance like this,” said a shareholder who declined to be identified for personal privacy issues.

“The situation seems to go deeper than it looks based on the information,” said 68-year-old shareholder Roberto Montoya. “I’m very suspicious of the situation, and most people are.”

Saikawa said Nissan may claim damages against Ghosn and that he did not want to pay severance to the former chair. He also said he would work to stabilize the company before standing down as chief executive.

“This is not an issue we can fix overnight,” Saikawa told shareholders. “We need to fulfill the task (of improving governance) and prepare the company for our next steps, and then pass the leadership baton.”