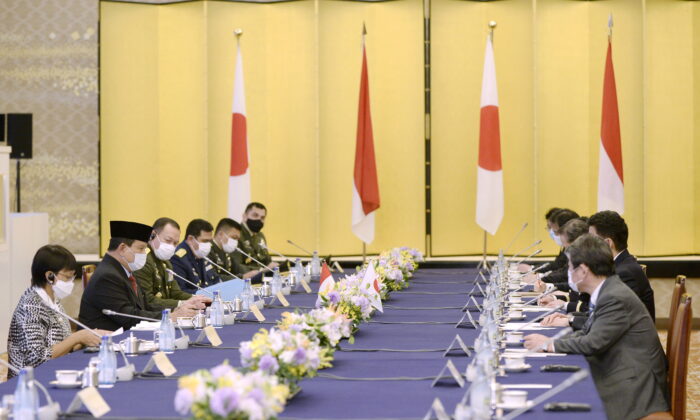 With Eyes on China, Japan and Indonesia Bolster Security Ties

TOKYO—Japan and Indonesia pledged on Tuesday to tighten security ties and signed a deal to facilitate transfers of defense equipment and technology, as their near neighbor China expands its economic and military might.

China’s territorial claims in the East and South China seas have become a priority issue in an increasingly testy Sino-U.S. relationship and also raise significant security concerns for Japan.

“I think this is (a) historical first in bilateral relations between Japan and Indonesia,” Indonesian Defense Minister Prabowo Subianto said, referring to the transfer pact.

“We invite the Japanese side to participate in the modernization of Indonesia’s defense capacity. We also encourage joint training between our services – maritime and also land forces,” he told reporters.

Prabowo made the comment at a joint media appearance in Tokyo following a meeting of the Japanese and Indonesian foreign and defense ministers.

“We exchanged views on the situation in the East and South China seas and shared serious concern about the continuation and strengthening of unilateral attempts to change the status quo by force,” Japanese Foreign Minister Toshimitsu Motegi said.

The meeting followed a visit to the region by U.S. Secretary of State Antony Blinken, who warned China over “coercion and aggression” and criticized what he called Chinese attempts to bully neighbors with competing interests.

ASEAN (Association of Southeast Asian Nations) members, which include Indonesia, remain wary of losing access to China’s economy, and are reluctant to become entangled in any confrontation between Washington and Beijing.

Retno has emerged as a voice for the region as she works to broker talks with the Burmese military, which has killed more than 500 protesters since staging the coup.

Japan, which has extensive business interests in Burma, has so far refrained from meting out sanctions against the military leadership.

But Motegi told parliament on Tuesday that Tokyo, which had been the largest provider of economic assistance to Burma, had put its official development assistance on hold.