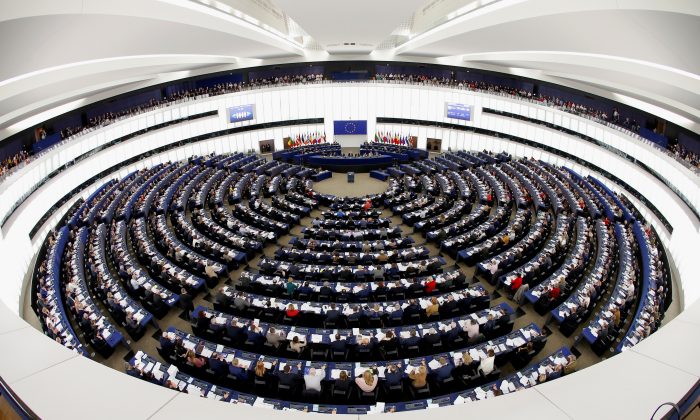 Members of the European Parliament take part in a voting session on Feb. 13, 2019. (Vincent Kessler/Reuters)
Europe

With Eyes on China, EU Lawmakers Back Investment Screening

Under the plan, which was developed as Chinese investments surged, the European Commission will investigate foreign investments in critical sectors and give its view on whether they undermine European interests.

China is not named in the proposed legislation, but its backers’ complaints over investments by state-owned enterprises and technology transfers are clear references to Beijing.

“All the powers in the world—the United States, Canada, Japan to China—have had their systems of screening, the United States with CFIUS since 1975. Only Europe had no screening system,” Franck Proust, the leading EU lawmaker on the plan, said on the eve of the vote.

“We’re not looking to bar foreign investment. It is essential for EU countries, we need it. It’s to pay attention to the investments that are strange, that do not make economic sense but are political.”

The proposal, demanded by France, Germany and the previous government of Italy, initially faced opposition from some EU countries, including Greece, Cyprus, Malta and Portugal.

Some of the opponents have welcomed Chinese investment, such as Greece. Its largest port, Piraeus, is majority-owned by China’s COSCO Shipping.

However, the mood has partly shifted. The EU is now looking into Chinese telecoms company Huawei, concerned over its ties to the Chinese regime and suspicion that Beijing could use its technology for spying.

European Parliament lawmakers wanted tougher screening than initially proposed by the EU executive, such as obliging the Commission to start screening deals if a third of EU members expressed concerns and requiring EU countries to cooperate.

They also extended the list of “critical sectors” to include aerospace, health, nanotechnology, the media, electric batteries and the supply of food.

The system would not require individual countries to carry out screening. Currently, half of EU countries have a system in place. Those that do will need to inform other EU members and the Commission if they screen an investment. All will have to provide an annual report to the Commission.

The Commission’s opinions could address concerns that the security of vital infrastructure might be compromised or that innovations that took years of expensive research could be lost to foreign hands.

However, EU countries and not the Commission would still make final decisions on whether to block foreign investments under the new law, which will take effect in October 2020.