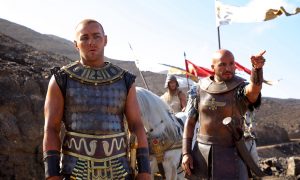 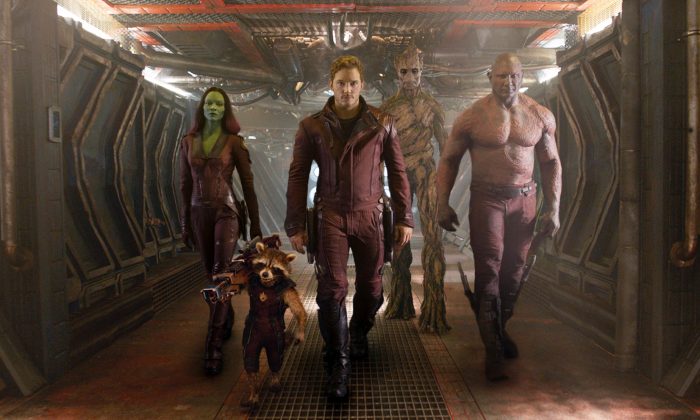 With Digital Forces at the Gate, a Down Year for Hollywood

NEW YORK—Hollywood’s 2014 may well go down as a mere box-office blip, or it could be Act One in a drama of coming digital disruption.

When the year’s final receipts are tallied at the end of Wednesday, the final take is estimated by box-office firm Rentrak to be about $10.4 billion, a 5.2 percent drop from the record $10.9 billion of 2013. In and of itself, such a dip isn’t much for Hollywood to fret about. The industry still cleared $10 billion in revenue, the year was widely viewed as a cyclical in-between to bigger years, and a number of major releases that would have moved the needle were postponed (most notably “Furious 7,” following Paul Walker’s death, and Pixar’s “The Good Dinosaur”).

But there were also signs that pointed to long-term trouble for the movie business. A Nielsen study found movie attendance for Americans ages 12-24 dropped a worrisome 15 percent in the first nine months of the year, compared to the first nine months in 2013. The overall number of tickets sold — a meaningful statistic since it’s not impacted by rising ticket prices — slid to about 1.26 billion. That means that fewer people went to the movies in 2014 than they have in the last two decades.

The crunch was felt most by exhibitors in North American, where profits dropped drastically for the country’s top two chains, Regal Cinemas and AMC Theatres. To add salt in the wound, the chains were cast as the villains in the fallout of “The Interview” when Sony Pictures CEO Michael Lynton blamed them for the film’s temporary cancellation.

However, amid the usual mix of hits (“Guardians of the Galaxy,” ”The Lego Movie,” ”Gone Girl”) and misses (“Transcendence,” ”The Legend of Hercules,” ”A Million Ways to Die in the West”), business for the studios was steady, if less spectacular.

Universal Pictures, for example, finished fifth in total revenue out of the six major studios, but distribution head Nikki Rocco called it “the most profitable year in the history of Universal Pictures.” The studio found success with a slate of modestly budgeted films. All of its 2014 releases, including “Neighbors,” ”Lucy” and the holiday hit “Unbroken,” were made for less than $70 million.

Meanwhile, though, the forces of change seemed to be gathering. Netflix partnered with the Weinstein Co. to release a “Crouching Tiger, Hidden Dragon” sequel and with Adam Sandler for a series of films. The digital release of Seth Rogen’s North Korea farce “The Interview” ($15 million in its first four days) proved that the studios are eager to test the traditional theatrical window, even if it means upsetting the exhibitors.

“I wouldn’t say we’re on the cusp of radical change but I think the industry as a whole needs to find ways of increasing revenue sources and changing windowing is a part of how to grow the business,” said Rocco, who is retiring at year’s end. “Everybody has to take a look at it because the world has changed.”

Theaters have begun adapting new techniques to lure more avid movie-going. This fall, AMC and MoviePass began offering monthly subscription packages in a handful of cities — a kind of Spotify-for-movies.

Much of the movie business is now about franchise making, and a number of potentially lucrative ones were spawned in 2014. There are already plans for a trio of subsequent “Lego” movies, and more is on tap for “Guardians” and “Big Hero 6.” Of the top 10 films of 2014, only one was wholly original: Christopher Nolan’s space adventure “Interstellar.”

Disney continues to lead the way in the franchise department, thanks to its massive partnerships with Marvel, Pixar and Lucasfilm. Next year, “The Avengers: Age of Ultron” and “Star Wars: The Force Awakens” are virtually assured to net billions. They join a heavy-hitting 2015 lineup that includes “Jurassic World,” the final “Hunger Games” and new “Terminator” and “Mission Impossible” installments.

“The movies next year look particularly strong and should deliver the biggest box-office year ever,” says Paul Dergarabedian, senior media analyst for Rentrak. “We’ll be happy when we close the books on 2014 and open them on 2015.”

Dergarabedian is most cheered to see the studios “walking the walk of the 52-week-a-year business model.” Warner Bros. has been one of the studios pushing to open big movies outside of standard blockbuster dates, like springtime’s “Lego.” It has also dated its 2016 “Batman v. Superman: Dawn of Justice” for March.

But Warner Bros., often the market-share leader, fell behind both 20th Century Fox and Disney in 2014. Though Warner finished strong, thanks to “The Hobbit: The Battle of the Five Armies,” several of its releases sputtered, including “Blended” and “Winter’s Tale.” CEO Kevin Tsujihara announced layoffs in September.

Jeff Goldstein, head of domestic distribution for Warner Bros., says the studio is still committed to deep roster of movies: “Kevin Tsujihara is willing to even increase that, so we’re really committed to a broad slate of films,” he says.

Part of what fuels optimism is overseas markets. The year’s biggest global hit, “Transformers: Age of Extinction,” was launched in China, where the import market (most of which were Hollywood releases) grew by nearly 50 percent from 2013. That alone offsets a 5 percent downturn in North America.