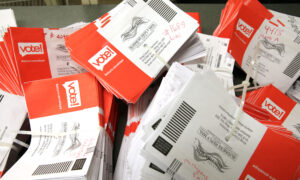 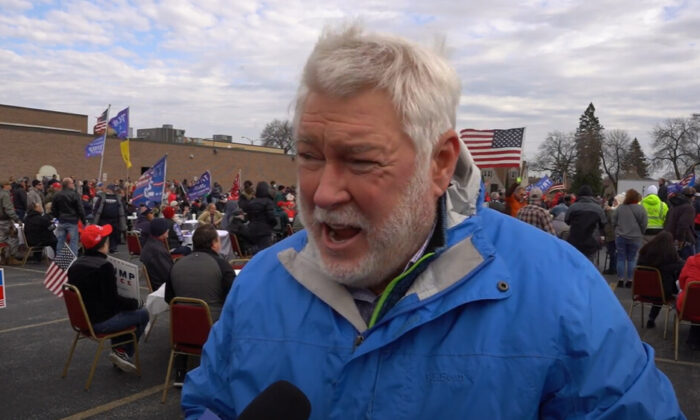 Wisconsin Voter: ‘We must be willing to stand for truth and pay that price’

MILWAUKEE—For two Saturdays back to back, Brian Bunn joined rallies calling for a fair and free election in Milwaukee, Wisconsin.

“I was here last week and I came back again this Saturday because it’s important Americans understand that this election is a priority for our democracy. It has to be decided based on truth, proper principles, and the integrity of the election, and that is in question,” said Bunn former military officer, retired airline pilot, and part time pastor.

“So myself and my fellow patriots are here to lend our voice and to support our president and call for the Constitution to be adhered to, that’s why I’m here,” he said on Nov. 14, 2020. “Foremost, we can call and communicate with our officials both in the judiciary and the legislative bodies to support the Constitution.”

Bunn doesn’t believe there was fraud in his county, but having seen widespread reports across the country signaling fraud, he believes the American people are owed some transparency and answers.

“I live in a community where I have confidence in the process, but there are just too many on the internet, too many reports, incidences, of supposed fraud. And where there’s smoke there’s usually fire,” Bunn said. “So what do we have to lose by proving the integrity of the system? We lose nothing. In fact you win the confidence of the American citizens when you make sure the election process is fair.”

“I think what’s important in America is doing what’s right, standing for truth. There’s a cost when you stand for truth, and we must be willing to stand for truth and pay that price. And when we do we’re rewarded,” Bunn said.