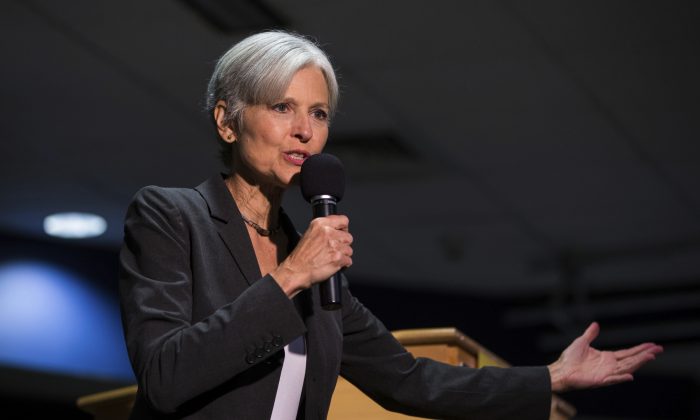 A Wisconsin judge has rejected Green Party candidate Jill Stein’s push for a hand recount in the state—two days after an elections commission said there was no legal basis to force counties to do so. Now, Wisconsin counties will conduct a recount via machine means.

While there are good reasons to carry out a hand recount, there was no legal basis to enforce it, Bailey-Rihn added, saying that the two campaigns didn’t show that a hand recount would provide convincing evidence of fraud.

“I follow the law. That’s who I am despite my personal opinions,” said Bailey-Rihn. “It’s (the counties’) decision. It’s their discretion. I may disagree with it … but I must follow the law.”

“Asking (counties) to retool their plans fewer than two days before the recount is set to begin would (create) additional burdens and could delay the recount’s end date—putting at risk whether Congress will honor Wisconsin’s slate of presidential electors,” the state Department of Justice said in arguing against Stein’s motion in court.

On Monday, Stein’s team filed a lawsuit to try and overturn state election officials’ ruling against a hand recount.

“I’m not in favor of the recount,” Ajamu Baraka told CNN on Tuesday, adding that it’s a “potentially dangerous move” for her.

“It would be seen as carrying the water for the Democrats,” he added.

“The recount effort has resulted in serious questions regarding the motivations of the recount that threatens to damage the standing and reputation of the Green party, its supporters, and activists,” Baraka wrote in a Facebook post on Monday.

Stein filed for a recount in Wisconsin last week, and she’s now planning to file for a recount in Michigan. For Pennsylvania, she filed a lawsuit after failing to meet the state’s Nov. 21 deadline.

According to the Pittsburgh Post-Gazette, Stein’s team will have a scheduled hearing on Monday in Harrisburg to consider the recount effort.

Clinton’s team said over the weekend they will take part in the recount efforts, while President-elect Donald Trump called the recount push and relevant fundraising as “sad” and a “Green Party scam” to “fill up their coffers.” And while Trump won the three battleground states by a relatively slim margin, officials have said it’s highly unlikely they’ll flip from Trump to Clinton.