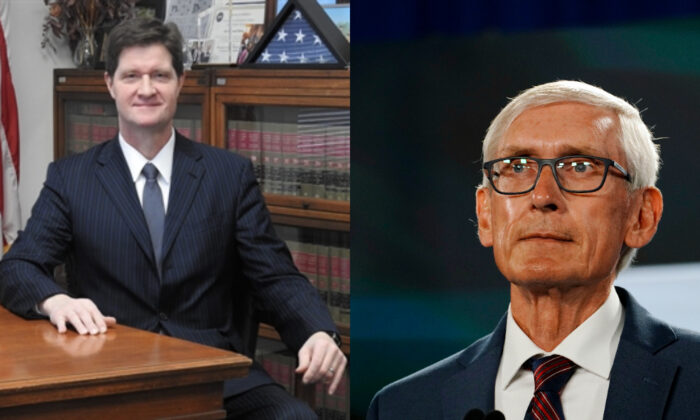 Wisconsin’s governor decided this week not to remove Milwaukee County’s district attorney because a lawyer hired by his office found a petition asking for the removal was not valid.

Residents took issue with how Chisholm’s office requested bail of just $1,000 after Darrell Brooks was accused of ramming his vehicle into the mother of his child.

Brooks, following his release, allegedly used the same vehicle to plow into a Christmas parade in Waukesha, leaving six people dead and dozens of others injured.

Chisholm in a statement after the most recent crime said his office’s bail recommendation was “inappropriately low” and later blamed an assistant prosecutor who he claimed did not review an assessment that advised prosecutors to seek a high bail amount.

Residents said that because Chisolm has refused to resign over what happened, the governor should remove him. State law lets governors remove officers of the state for “corrupt conduct in office” or for crimes or misdemeanors.

Fleming, though, concluded that the petition “suffers from several flaws, both formal and substantive, that render it insufficient to invoke the power the petitioners demand Governor Evers exercise.”

The outside counsel said that the complaint failed to include statements indicating that the petitioners attested to the truth or reliability of the petition and the notary certificates were incomplete.

He also asserted that the petition failed to outline which charges support removing Chisholm in part because “there are a variety of factors” that could have contributed to Brooks being released on low bail.

“Given the horrific tragedy that occurred in Waukesha and the severity of the claims in the petition, outside counsel was retained to give the petition fair and impartial review and make a recommendation based on that review,” Britt Cudaback, communications director for Evers, told The Epoch Times in an email.

Based on the findings, the petition does not meet the conditions necessary for Evers to remove Chisholm, she added.

Chisholm’s office did not respond to a request for comment.

Orville Seymour, one of the county residents who filed the petition, said he reviewed the outside counsel’s determination and disagreed with the findings.

The claim that the petition was not notarized, for instance, is wrong. “It was clearly notarized,” he told The Epoch Times.

Nobody tried to get in touch with Seymour during the review process, who is exploring “different courses of action” to take on the matter.

“I guess we knew going in that he wasn’t going to remove Chisholm. I think the downside for the governor, he’s up for election in less than a year, and he’s already got the Kenosha riots hanging over his head. Now, I think the people in Waukesha are clearly not gonna forgive the fact that he did not remove John Chisholm and make southeast Wisconsin safe again,” Seymour said.

In addition to the petition, Evers has faced pressure from state and local legislators to remove Chisholm.

Brooks is being held on a $5 million bond and is facing 71 new charges that prosecutors added this week.