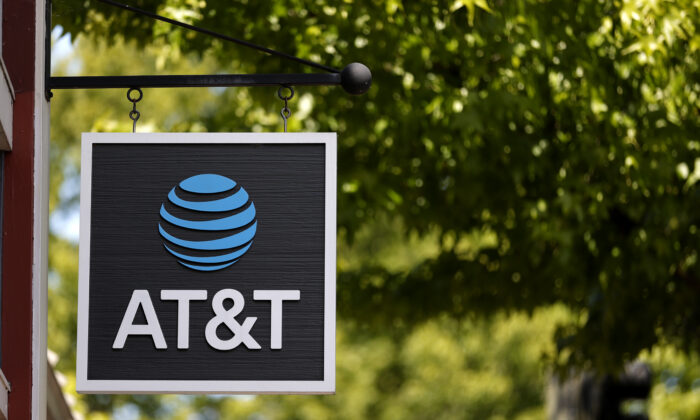 A sign in front of an AT&T retail store in San Rafael, Calif., on May 17, 2021. (Justin Sullivan/Getty Images)
Economy

U.S. wireless carriers and broadband-internet providers are fighting to win customers from each other, the Wall Street Journal reports.

The competition, in several instances, helped consumers to beat inflation.

The wireless threat contributed to the cable industry’s worst quarter in years. Comcast Corp. and Charter Communications, Inc. lost residential customers in the most recent quarter for the first time, after multiple quarters of growth earlier in the pandemic.

AT&T Inc. and Verizon raised their prices in 2022 but also launched lower-cost plans to compete with offers from the cable providers.

Telecom analysts warned against the limits to both industries’ encroachment on the others’ turf.

Cable companies lack the cell towers and other infrastructure to make a significant dent in the business of the largest wireless companies.

While T-Mobile can cover 40 million homes and businesses with wireless broadband service, a single cell tower can only handle a specific volume of internet traffic simultaneously.