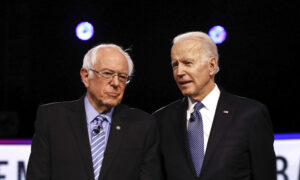 The Biden–Sanders Plan for Destroying America
0 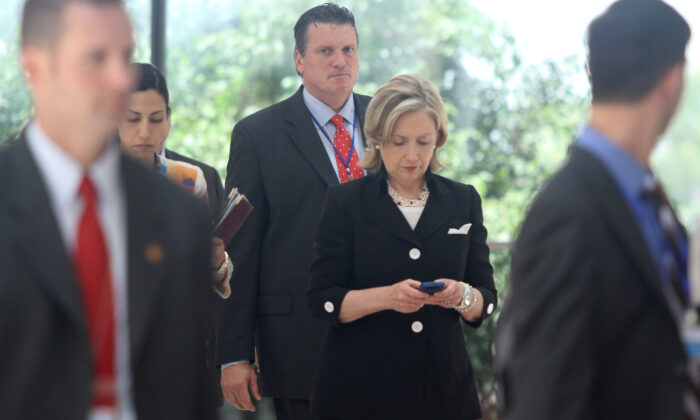 There is much talk today about America being in a state of crisis. I believe that the fuel for that crisis—a large part of it, anyway—has to do with optics, with the growing sense that the country is riven not just by partisan feuds, but also by unequal application of the law.

In part, what we are seeing is the evolution of that “neo-feudalism” that Joel Kotkin describes in his new book, “The Coming of Neo-Feudalism: A Warning to the Global Middle Class.”

When it’s revealed that House Speaker Nancy Pelosi (D-Calif.), in contravention of the rules that apply to the peons of her state, traipses into her beauty salon without a mask to get her hair done, outrage briefly ensues.

It’s largely smoldering outrage, however, for although many people—Democrats as well as Republicans—are irritated by Pelosi’s highhanded assumption of privilege, it is by now a familiar story, partly for the reasons that Kotkin sets forth in his book.

After all, it wasn’t so long ago that the public got a glimpse of her fabulous kitchen and all that premium chocolate ice cream.

Pelosi’s Marie Antoinette moments are partly risible, but only partly. To appreciate the unrisible aspect, one need simply look away from the fridge and the beauty salon to the operation of the law.

Thanks to the efforts of the indispensable Judicial Watch, we now know that the team of Robert Mueller wiped some 30 government-issued smartphones before turning them over to the Department of Justice’s inspector general.

Mueller’s “pitbull,” the despicable Andrew Weismann, “accidentally” wiped his device twice after entering his passcode too many times. The phone used by Lisa Page, the anti-Trump FBI lawyer who had an affair with Peter Strzok, former head of the bureau’s counterespionage section and consigliere of the vendetta against Michael Flynn, was restored to its factory settings before the IG got it. The phone of another FBI reportedly “wiped itself” before being turned in.

Amazing, isn’t it, how diligent Democrats are about covering their tracks, and how disingenuous? They remember what happened to Richard Nixon, who taped all his Oval Office conversations and lived to regret it when the tapes became public during the Watergate investigation.

The 33,000 emails that Hillary Clinton had wiped from her home-brew server were entirely private, she said, having to do with yoga classes and her daughter’s wedding. Then why resort to professional data wiping software? Why pretend not to know what it means to “wipe” a computer server? (“You mean with a cloth?”) Why instruct your minions to destroy your smartphones with a hammer?

Nothing happened to Hillary because she occupies a zone of privilege even more exalted than that occupied by Pelosi.

What about Mueller’s Merry Band of Pranksters and their repristinated phones? What happens to them? Sidney Powell, the indefatigable attorney for Flynn, has charged that their actions constitute “obstruction of justice and destruction of evidence of the worst sort.” That, of course, is for a court to say.

But the optics, I think we can agree, aren’t good.

Rep. Devin Nunes (R-Calif.), speaking to Maria Bartiromo, noted the timing of the housecleaning: it was right after the anti-Trump text messages between lovebirds Page and Strzok were made public. That wasn’t supposed to happen. Someone was careless. Mistakes were made. The revelations were embarrassing. Ergo, all those phones must be wiped.

Nunes reminds us of the broader context. All this took place during the investigation into possible collusion between Donald Trump and the Russians. Mueller spent two years and about $32 million turning over every stone and came up empty-handed. There was no evidence of collusion or coordination between the Trump campaign and the Russians.

But here is the real kicker: Mueller and his team knew going in that there was no collusion, and hence, no predicate for the investigation.

The entire investigation, as Nunes (echoing Trump) put it, was a “witch hunt.” “All Americans,” Nunes said, “should be upset” by this latest codicil to the long effort to undo the results of the 2016 election.

Plenty of people are upset. But this brings me back to my opening observation. The operation of the law is one thing. The public’s sense of that operation is another.

Like many people on my side of the aisle, I am impatient for John Durham, the prosecutor charged with looking into the possible wrongdoing in the conduct of the Mueller investigation and related initiatives to stymie the Trump administration, to finish his work. To date, only one minor guilty plea has been filed, that of Kevin Clinesmith, who, as Andrew McCarthy pointed out only kind of, sort of, maybe, possibly pled guilty.

I think that what James Comey, John Brennan, James Clapper, Andrew McCabe, Stefan Halper, Strzok, Page, and all the other actors did in this sordid affair was heinous. Was it also actionable? That is not for me to say. The process of the law doesn’t wait upon public opinion.

But the larger political atmosphere does. Flynn, the “terminus a quo” of the whole Russia collusion gambit, has had his career destroyed and his life (and life savings) turned upside down because of a manufactured tort. We know that now. The optics of the disparity are poisonous.

The operation of the law has its own majesty. The faith of the public, which ultimately guarantees that majesty, is something else, more nebulous but nevertheless both palpable and exigent.

Among the many sobering realities we now confront, the decay of that public faith is surely one of the most worrisome and potentially destructive. Should that finally unravel, we’ll be left without any real law, only decrees.