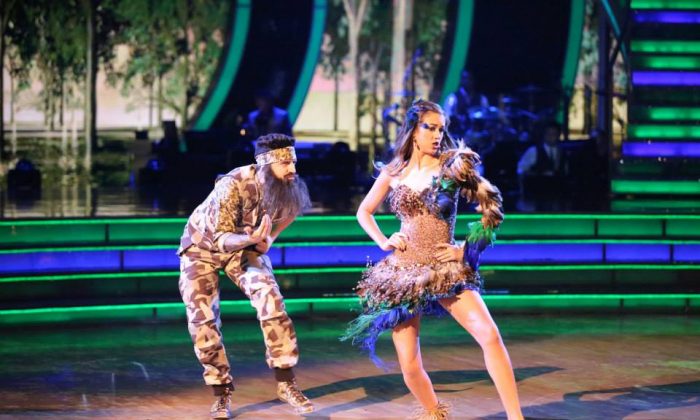 The Robertson clan is part of the famed Duck Dynasty show, and are known for their Christian faith.

“We’re very proud of Sadie on many levels, mostly for staying true to herself and faith while competing,” Willie told the News Star.

“I didn’t know she had it in her. For someone with no dance experience it was impressive.”

Mother Korie, who along with Willie was at most of the performances supporting 17-year-old Sadie, said she’s proud as well.

“We were most proud that she stayed true to herself and that she killed it on the dance floor,” Korie said. “We appreciate all of the support from the community back home — the signs, the tweets, everything was just awesome.”

Sadie said that she was glad for a break after practicing dance routines six hours a day and revealed that she was planning to eat whatever she wanted over the Thanksgiving holiday.

She said that she and partner Mark Ballas aren’t upset that they didn’t win the Mirror Ball trophy, noting that winners Alfonso Ribeiro and Witney Carson worked hard as well.

Sadie also said that she doesn’t foresee a career in dancing in her future, but she doesn’t rule out a future in the entertainment industry.

“There are some really cool offers that we’re considering,” Sadie said without elaborating. “But right now I just want to take a break for the holiday and then see where God leads me.”