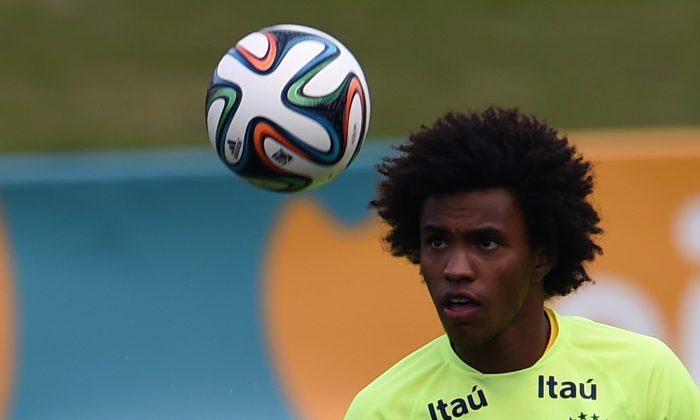 Brazil's forward Willian controls the ball during a training session at the Granja Comary training complex in Teresopolis on July 6, 2014 during the 2014 FIFA World Cup in Brazil. (VANDERLEI ALMEIDA/AFP/Getty Images)
Soccer

How did Willian fare at Chelsea last season and how does he rate in FIFA 14?

The 25-year-old Brazilian attacking midfielder joined Chelsea from Shakhtar Donetsk in the 2013/2014 season.

Willian made 29 appearances for Chelsea, 8 as a substitute, scored 4 goals, and provided 4 assists, according to WhoScored.com.