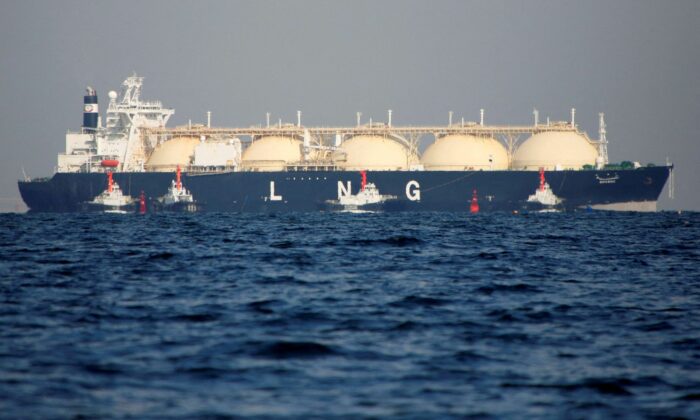 Has Europe’s much-anticipated energy crisis been put on hold? From falling gas prices to unusually warm weather, European demand for natural gas has diminished at a notable pace heading into the winter season.

However, a potential European energy crisis has not yet been averted. Russia’s invasion of Ukraine and steep declines in natural gas supply to Europe are expected to wreak havoc on European countries, but more so on developing nations.

In the first half of 2022, European natural gas prices spiked, triggered by uncertainty, a buying frenzy, and colder-than-normal temperatures. However, multiple benchmarks overseas have slumped by double digits since the summer. By comparison, in the United States, natural gas prices have soared about 100 percent year to date on the New York Mercantile Exchange on strengthening demand.

A case of demand destruction—a sustained decline in the demand for goods and services in response to higher prices—and above-seasonal weather conditions have been the primary factors so far.

According to data tracker Bruegel, natural gas consumption in the European Union tumbled 10 percent in the first 10 months of 2022. Some of the biggest markets have recorded a sizable drop in natural gas usage, including Denmark (-18 percent), France (-6 percent), Germany (-13 percent), the Netherlands (-24 percent), and Sweden (-17 percent).

“While in summer months, most of the reduction was driven by industry—in October, there was significant reductions to household demand. This was strongly driven by warmer than average weather,” Bruegel wrote.

Data from Engie SA’s market-analysis platform EnergyScan highlighted that Western Europe’s total gas demand slumped 22 percent year over year in October, with more households turning the heat off. But the drop was offset by the power sector’s 14 percent jump in consumption.

Does this mean that a potential European energy crisis has been canceled? Not yet, warns Keisuke Sadamori, the director of energy markets and security at the International Energy Agency (IEA).

“Russia’s invasion of Ukraine and sharp reductions in natural gas supplies to Europe are causing significant harm to consumers, businesses and entire economies—not just in Europe but also in emerging and developing economies,” said Sadamori in a report. “The outlook for gas markets remains clouded, not least because of Russia’s reckless and unpredictable conduct, which has shattered its reputation as a reliable supplier. But all the signs point to markets remaining very tight well into 2023.”

Looking ahead, the IEA forecast in its fourth-quarter Gas Market Report that global natural gas consumption will climb by an annual average rate of 0.8 percent from 2022 to 2025, reaching 4,240 billion cubic meters.

But while all the focus is on how Europe will be able to withstand no longer relying on energy from Russia, the IEA also sounded the alarm about other developing markets in the Asia-Pacific, Middle East, and African regions. In recent years, demand growth has remained strong in these areas, as governments replace higher-emission fossil fuels with natural gas. Market experts are concerned their transitions could come under threat, especially if some of the world’s largest energy producers concentrate more of their exports on Europe.

“In reality, the impact of the gas shortages is likely to be uneven, with wealthier countries being able to reprioritize and make austerity choices with greater investments into energy costs, transportation, and push for increased numbers of gas terminals,” Irina Tsukerman, the vice chair of the American Bar Association’s Oil and Gas Committee, told The Epoch Times.

Because of higher prices, some nations that had started their energy overhauls, such as Bangladesh and Pakistan, stopped buying, Tsukerman added.

“The poorer countries, however, are inherently limited by high prices and geography, and are more likely to suffer both immediate and long-term problems such as supply-chain breakdowns, food shortages, power shortages, and recession,” she added. “So long as wealthier countries are able to procure short-term supplies from various sources, they can keep the structural process going.”

Similar to what occurred in Sri Lanka, when fuel supplies run out, political upheaval closely follows.

But worldwide supplies might depend on Russia and its war in Ukraine, suggests Kunal Sawhney, the CEO of investment research firm Kalkine Group. For now, however, European countries can successfully “outbid the developing nations for expensive natural gas,” he notes.

“This creates an imbalance as higher import prices, and weaker currencies force the developing economies to rely on dirtier forms of fuel,” Sawhney told The Epoch Times. “There could be long-term effects if Russia continues to restrict the flow of natural gas into Europe. Especially for developing countries, the current situation casts uncertainty on the prospects of the natural gas sector in the longer term.”

If poorer countries cannot access or afford natural gas, they may also return to other fuels to keep the lights on, experts warn.

Can the US Help?

The United States has been accelerating LNG exports to its chief market of Europe. The United States exported more LNG overseas in the first six months of 2022 than it did last year. Sixty percent of U.S. LNG cargoes delivered in August landed in Europe.

The United States is presently constructing three export projects to expand LNG export capacity by a combined 5.7 billion cubic feet per day by 2025.

It also should be noted that the Freeport LNG facility that shut down in June because of an explosion is poised to restart production later next month.

“Further, 2 billion cubic feet per day of production is anticipated in January with full production of 2.1 bcf/day utilizing both docks commencing in March,” said Brian Kessens, Tortoise senior portfolio manager, in the firm’s weekly energy podcast. “As a reminder, Freeport capacity is just under 20 percent of total U.S. LNG capacity. Implications of the outage are lower U.S. natural gas prices all else equal as more natural gas will stay domestic.”

As part of the efforts to take advantage of higher prices and growing global demand, America’s natural gas sector has been active. At the same time, industry leaders note that a growth ceiling has been installed due to intensifying cost pressures and supply-chain delays, according to the third-quarter energy survey from the Federal Reserve Bank of Dallas.

“The administration’s lack of understanding of the oil and gas investment cycle continues to result in inconsistent energy policies that contribute to rising energy costs. This continued inconsistency increases uncertainty and decreases investments in energy infrastructure,” an executive at an oilfield services firm noted in the survey. “We are in an energy death spiral that will lead to higher highs and lower lows. Volatility will increase, and the public is in for a very difficult ride.”

This year, Europe’s LNG imports will surge by approximately 60 billion cubic meters, more than double the amount of LNG export capacity additions. The current trends could add tremendous pressure to the international LNG trade in 2023 and beyond.