Will California’s ‘Temporary’ Tax on Wealth Ever Fade Away? 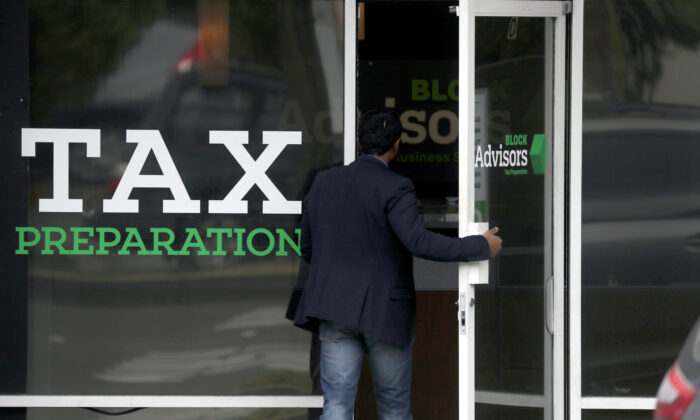 When Californians voted to “temporarily” raise taxes to fund education on Nov. 6, 2012, they probably never expected the hikes would linger in one form or another until 2030, but that’s exactly what happened.

Prop. 30, officially tagged as “Temporary Taxes to Fund Education,” was billed as a ballot measure to increase taxes to prevent $6 billion in education budget cuts to public schools. It hiked the personal income taxes of Californian residents with annual earnings of over $250,000 for seven years, and was implemented retroactively from Jan. 1, 2012 until the end of 2018. California voters approved the initiative by a margin of 55 to 45 percent.

But, before the Prop. 30 tax hikes even expired, California residents voted in 2016 to extend the higher income tax rates for the wealthy far beyond 2018—for another 12 years.

Prop. 55, approved by 63 percent of California voters, was billed as a “Tax Extension to Fund Education and Healthcare” to allocate the tax-hike revenue for public schools, community colleges and healthcare programs. The initiative extended the 13.3 percent tax rate on high-income earners, and affected 1.5 percent of Californians—singles with an income of $263,000 or joint filers with incomes of $526,000.

“Yes on 55 received $58.7 million, with the two largest contributions coming from the California Hospitals Committee on Issues and California Teachers Association/Issues PAC. No on Proposition 55 raised $3,000,” according to BallotPedia. “The California Democratic Party supported the measure, and the California Republican Party opposed it.”

While it is said nothing is certain but death and taxes, it also holds true that all taxes die hard. And U.S. Rep. Devin Nunes, R-California, recently called out his home state for the “highest taxes in USA that make it hard for people to afford to live there.”

The top marginal personal income tax rate is the highest of any U.S. state—12.3 percent, not including a one percent surcharge for millionaires under Prop. 63, imposed in 2004 to fund mental health services.

So, it’s no wonder many wealthy taxpayers have packed up their businesses and left California for tax-free states such as Florida, Texas, Nevada and Washington—but likely not without raising the eyebrows of the Franchise Tax Board (FTB).

If you stay in California for more than nine months, you are presumed to be a resident, according to FTB Publication 1031. But, if you decide to move out of the state, it could take twice that long to lose your resident status in the eyes of the FTB.

The agency is known to track down recently departed taxpayers, especially wealthy ones, often disputing exactly when they officially became non-residents. And, the burden of proof falls squarely on the shoulders of ex-residents to prove their non-residency. Even if the FTB agrees that you have moved out of the state, the agency can dispute when you moved and argue that you didn’t establish residency in another state until several months after you actually left.

If high taxes aren’t enough to make someone want to leave California, then traffic congestion, long commutes, high crime rates, a homeless epidemic and affordable housing shortages might be the last straw, despite the alluring beaches and warm, sunny weather.

Some experts argue high taxation alone is not enough of an incentive to drive the wealthy out of the state nor is it enough of a deterrent to keep the affluent from moving to the Golden State. They claim that it’s not the rich as much as low-income and middle-class workers leading the exodus because of astronomical housing costs.

Despite low mortgage interest rates, increasingly more Californians are struggling to come up with down payments to buy homes, which have more than doubled in price since the beginning of 2009 when the housing market crashed. In August, the state median price of a home topped $617,000, a new record high amounting to an increase of $337,400 over the last decade, according to the California Association of Realtors.

Meanwhile, a battle is brewing over Prop. 13 as public sector unions and local governments target business owners as a potential source of additional tax revenue. The landmark ballot measure, approved by 65 percent of California voters in 1978, limits the amount of property tax homeowners must pay to one percent of a home’s purchase price when it’s sold. It also restricts increases of that market value to a maximum of two percent a year. Under Prop. 13, the owner of a house or a business that sold years ago at a lower price pays much less in property taxes than the owner of similar house or business sold at a higher price today.

Though Prop. 13 remains popular among Californians, over the last 40 years some politicians who favor big government have blamed Prop. 13 for everything from education cutbacks, insufficient pay for teachers and poor school performance to murders, thefts, racial inequality, and the state’s affordable housing shortage—all because it limits the amount of tax revenue the government can collect.

Recently, a coalition of more than 400 groups and individuals called the Schools & Communities First initiative launched a statewide campaign to revise Prop. 13 and raise business property taxes. The coalition pledges to “close commercial property tax loopholes that corporations and wealthy investors use to avoid paying their fair share of property taxes” and to “ensure strict accountability so that money goes directly to our schools and communities.”

However, most of the money from increased commercial property taxes would go to local governments—not schools, according to Joel Fox, co-publisher and editor of Fox and Hounds Daily.

“One of the things that is driving this, of course, is the cost of pensions for the public sector, because it’s risen dramatically over the last number of years. I know, for example, in the city of Los Angeles, just a decade or so—maybe a little more than that—ago, they would have taken three percent of their budget out to cover pensions. It’s gone up to 20 percent,” Fox told California Insider in a recent interview. “And, so when you have to spend money for that obligation, then you have less money to provide services, or you have to go back to the taxpayer. And it becomes a real burden on the taxpayer one way or another.”