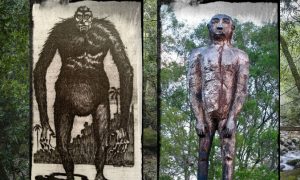 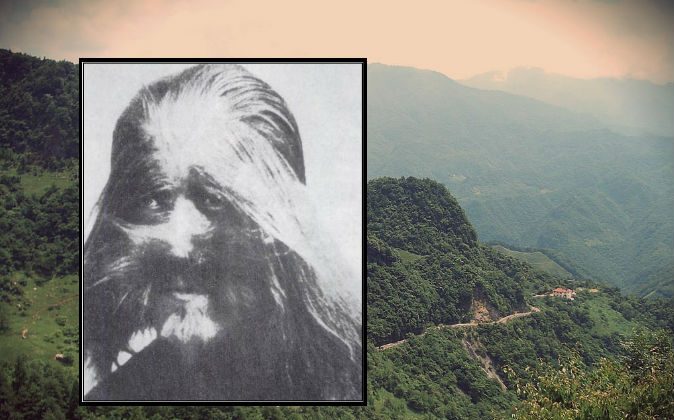 Are reported sightings of China's version of Bigfoot, Yeren, perhaps referring to people with unusual conditions such as Li Baoshu shown here in the 1920s, who was born with a condition that caused him to grow hair excessively? (Public domain) Background: Shennongjia nature reserve in China, where most Yeren sightings have occurred. (Vmenkov/Wikimedia Commons; edited by Epoch Times)
Beyond Science

All over the world are similar reports of a large creature that is ape-like, yet walks upright on two feet and displays other human characteristics.

In North America, we know him as Sasquatch or Bigfoot. In China, he is called Yeren, or Wildman. Dozens of scientists from high-level institutions in China have studied Yeren evidence. In 1980, more than 100 investigators were even sent on an expedition into the heart of “Yeren territory.”

Shennongjia nature reserve covers some 1,900 square miles (3,000 square kilometers) in a remote corner of Hubei Province. It is a rugged area with mountains as high as 10,000 feet and deep valleys. It is where the vast majority of Yeren sightings have been reported.

Chinese state-run media agency Xinhua has estimated there have been about 400 sightings in the past several decades. A New York Times article estimated 300 sightings from the 1920s to the 1980s.

Here’s a look at a few of these sightings, tests conducted on some collected specimen, the relevant cultural history of the region, and some theories as to what Yeren might be.

Sightings: Yeren Can Laugh and He Can Cry

On April 4, 1994, park ranger Yuhao Yuan was in a remote area of the Shennongjia reserve. He could see on a hillside across from where he was standing, about a third of a mile away, a strange creature apparently sleeping. Yuan had more than 15 years of experience as a ranger at this point. He was familiar with the usual fauna of the region, so well qualified to deem a creature unusual.

Yuan observed the creature through binoculars and called out to wake him. The creature roused and stayed where it was for a while looking at Yuan before it got up and walked away. Yuan described it on an episode of the History Channel series “Monster Quest” as reddish-brown and more than 6 feet tall. “I wasn’t sure if it was Yeren, but it was weird that he got up and walked off on two legs. It wasn’t a bear,” Yuan said.

“I wasn’t sure if it was Yeren, but it was weird that he got up and walked off on two legs. It wasn’t a bear.”
— Yuhao Yuan, Shennongjia ranger

A New York Times article published in 1984, titled “On the Trail of the ‘Wild Man’ of China,” describes some sightings that attribute human characteristics to the Yeren.

In 1980, a hunter named Bu Xiaoqiu in Rongshui County of Guizhou Province purportedly caught a small Yeren, but he let it go when he saw its eyes fill with tears. Tears are unique to humans—other primates do not tear up like this.

The Yeren has also been said to laugh, though this is not a uniquely human trait, as other primates can laugh. In September 1979, a cowherd in Fangxian County said he encountered a Yeren that took hold of his wrist and maintained his grip for half an hour. As the Yeren grasped him, it laughed. In 1978, hunters in Rongjiang County were sitting around a campfire when a Yeren purportedly joined them—and even added wood to the fire! The hunters were frightened and pretended to ignore its presence among them.

Not only hunters and village people have reportedly seen Yeren, but also local officials. In 1976, a commune party secretary in Fangxian County, near Shennongjia, reported seeing a Yeren run off carrying a small pig.

The most influential sighting occurred on May 14, 1976, when a vehicle carrying six regime officials purportedly encountered a Yeren near a village between Fangxian County and Shennongjia. This sighting sparked the interest that fueled the 1980 expedition.

Specimen: What the Lab Results Say

Meng Qingbao, a leader of that expedition, reported finding 1,000 footprints stretching for about a mile in Shennongjia. A plaster cast of the clearest print was more than 18 inches long, according to New York Times.

An anthropologist at the Beijing Natural History Museum, Zhou Guoxing, was also part of the expedition. In a 2012 article titled “Fifty Years of Tracking the Chinese Wildman,” he said many of the alleged Yeren prints he’s examined over the years have belonged to bears or apes. But, he told “Monster Quest,” there was a print collected during the 1980 expedition that does not belong to a human or bear or any other known creature.

Zhou remains doubtful, however. He summed up his 50 years of Yeren research: “[I’ve] gone through an interesting evolution in his search for the Wildman—from acceptance with reservation, to vacillation with doubt, to basically denial.”

Purported Yeren hairs have been exposed in labs as belonging instead to boars, apes, humans, and other known creatures. Yet at least some hairs may have proven inconclusive. In the 1980s, the Research Unit for Forensic Medicine of the Wuhan Hospital concluded after some specimen tests: “We infer that the hair from these ‘wild men’ could belong to an as yet unknown higher primate.” This study was cited in the book “Hair: Its Power and Meaning in Asian Cultures,” edited by Alf Hiltebeitel, professor in the department of religion at George Washington University and Barbara D. Miller, professor in the department of anthropology, international affairs, and women’s studies at George Washington University. Epoch Times could not, however, verify the finding.

“We infer that the hair from these ‘wild men’ could belong to an as yet unknown higher primate.”
— Wuhan Hospital team

A purported Yeren foot preserved for more than 20 years resurfaced in 1980 and Zhou examined it. It was said to have come from a Yeren killed by villagers in 1957 in the then Zhuantang Village, Shuinan Town, Songyang County. A local science teacher had preserved the foot. Zhou identified it, however, as having belonged to a large macaque, an ape.

Is it possible that locals—not only during this 1957 encounter but also in the many other such encounters—could be so genuinely puzzled by the appearance of an “unknown creature” that is actually simply an ape? Would the villagers not recognize an ordinary ape? If the species is unfamiliar to them, perhaps. Frank Poirier, a retired anthropologist from Ohio State University, explained to “Monster Quest” that some Yeren reports might actually describe the endangered golden monkey.

Would the villagers not recognize an ordinary ape?

It would be a rare sight, since these monkeys are so few in number. The monkey is about 5 feet tall standing upright. But it doesn’t walk upright. That’s a sticking point for Poirier, who was one of the few Western researchers allowed by the regime into China during the 1980s (strict limitations were put on the “Monster Quest” team in 2012 as well). He was there to study the golden monkey, and dismissed the Yeren stories when he first heard them. But footprints and bones he was shown by locals started to make him question whether there was some truth to the stories.

“I’m still not sure what conclusions I’ve drawn as a result of that trip,” he said.

Theories on the Nature of Yeren

Some have said Yeren is a species of giant ape thought to be long extinct (perhaps extinct for as long as 8 million years) known as Gigantopithecus. Gigantopithecus fossils have been found in China and Southeast Asia. It’s hard to tell much from the jaw bones and teeth—the only remnants found of the creature—but it would have been about 9 feet tall, weighing almost a half ton. Most Yeren sightings describe a creature of about 5 to 7 feet.