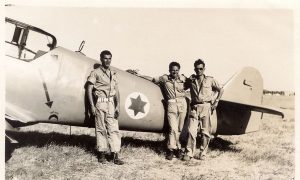 Film Review: 'Above and Beyond'
0 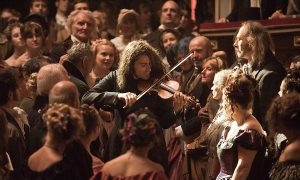 It is not exactly a critic’s dream come true, but it rises to one of our frequent challenges. We often lament studios’ remaking of classic movies, making them considerably worse, rather than redoing and hopefully improving less-than-great films.

That sort of happens here when Jason Statham steps into a role originated by Burt Reynolds. It’s already sounding better, isn’t it? In fact, Statham is much more convincing as the lethal bodyguard with a gambling problem in Simon West’s “Wild Card.”

Like the somewhat notorious 1986 film “Heat,” “Wild Card” was adapted by screenwriter William Goldman from his own novel. On the screen, it follows much the same structure, but off-screen, hopefully there will be far less litigation.

Film Review: ‘Above and Beyond’

Nick Wild has an uneasy truce with the mafia. He stays on good terms with the mega-connected Baby, but for the most part, he does not bother them and they do not bother him. Most of his jobs are a little demeaning, like babysitting nickel-and-dime gambler Cyrus Kinnick, but he keeps hoping to hit it big at the tables and run off to Corsica. (It was Venice before.)

This equilibrium is disrupted when a visiting gangster brutalizes Holly, a prostitute Wild was formerly involved with. She wants him to get the creep’s name so she can pursue legal action. However, Wild wants no part of anything connected to the Golden Nugget, which must be thrilled to be so explicitly identified as a mobster resort.

Of course, as a good guy, Wild can’t help himself. Despite his hesitation, he lays quite a beating on the entitled Danny DeMarco and his henchmen and facilitates their further humiliation at Holly’s hands. From there, one thing leads to another.

“Wild Card” has a handful of spectacular fights (choreographed by Cory Yuen), sprinkled throughout long stretches of compulsive gambling and macho brooding. The gimmick for Wild (or Nick “Mex” Escalante, as he was once known) is his facility for using commonplace items, such as credit cards and poker chips, as deadly weapons.

Needless to say, this works so much better with Statham than Reynolds. Dominik García-Lorido (Andy Garcia’s daughter in the excellent “Lost City” and in real life) and Stanley Tucci also represent considerable upgrades as Holly and Baby, respectively. Indeed, the casting is nearly perfect this time around. Unfortunately, the Kinnick character still gums up the works with his unnecessary subplot.

Unlike the previous film’s revolving-door battery of directors, West keeps “Wild Card” moving along at a decent clip, even though it is more about gambling and gangster power games than action, per se. He also maintains a relatively upbeat mood, nicely underscored by some classic licensed blues and R&B tunes from artists like Magic Slim, Albert King, and Charles Brown.

It still isn’t perfect but it is better, which is something. You could even say it’s not bad—but nowhere near Statham’s best work in “The Bank Job” and “Redemption.” For fans of old-school Vegas, “Wild Card” opens this Friday, Jan. 30, in New York.