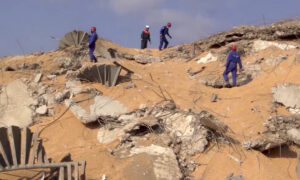 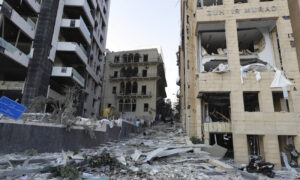 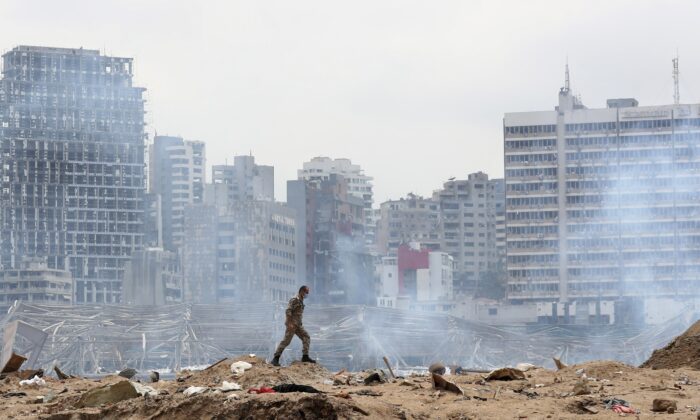 A soldier walks at the devastated site of the explosion in the port of Beirut, Lebanon, on Aug.6, 2020. (Thibault Camus - Pool/AP Photo)
Europe

AMSTERDAM—The wife of the Dutch ambassador to Lebanon died on Saturday after being seriously injured in the massive explosion that tore through Beirut’s port on Tuesday, the Dutch Foreign Ministry said.

Hedwig Waltmans-Molier, 55, was injured by the explosion as she stood next to her husband, ambassador Jan Waltmans, in the living room of their house in Beirut, the ministry said.

Tuesday’s blast caused extensive damage to the Dutch embassy, injuring four other people connected to it.