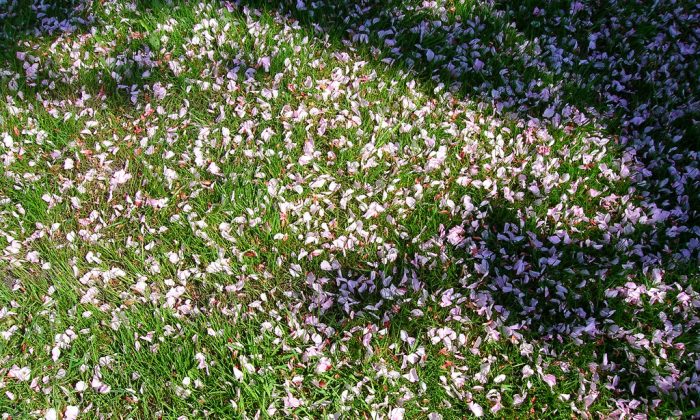 A widow of a Navy hospital corpsman holds a gender reveal party for her baby on Veterans Day. ("Confetti" by Helena/Flick [CC BY-SA-2.0 (ept.ms/2utDIe9)])
US News

A veteran’s widow decided to honor her late husband’s memory in spectacular fashion—by having a gender reveal party for her baby on Veterans Day, Nov. 11.

Cassie Lohrey, a resident of North Carolina, lost her husband Ryan Lohrey back in July when his plane crashed in Mississippi, according to a Facebook post from photographer Saralyn Johnson.

Ryan Lohrey was flying to attend military training in Arizona at the time of the crash. He was serving in the Navy as a Hospital Corpsman 1st class rank.

It was only three weeks after the incident that Lohrey discovered she was pregnant. She is expected to welcome the baby next March.

“Cassie and Ryan had only been married for a month when the tragic event happened,” Johnson wrote in a Nov. 12 post. “This baby has given her a reason to celebrate life again and not just walk through it.”

Cassie Lohrey thought that it would be fitting to announce the gender of her baby, as well as honor her husband’s memory and service, on Veteran’s Day.

According to Johnson, Cassie Lohrey only asked a few friends and team members to help, but word soon spread and more wanted to join the event. The number kept growing until 16 servicemen had signed up to help with the gender announcement.

The military men lined up with Cassie Lohrey in the middle and with a burst of confetti revealed that she was expecting a baby girl.

Johnson captured the special moment with video and photographs that were later posted to Facebook and Youtube.

“What an epic gender reveal!” Johnson wrote on the Facebook post of the photos. “It was very evident to me what a special man Ryan was and how many lives he had touched. Her home is filled with pictures of her and Ryan and I have no doubt that this sweet baby girl will know just how much her Daddy loves her, even from Heaven.”

To help with the growing family’s bills, Cassie Lohrey’s sister Courtney Lambaria has set up a GoFundMe page. As of Monday, Nov. 13, the campaign has garnered almost half of the campaign’s $15,000 goal.

“Given the sticky logistics that were not hammered out in the detail that was required, Cassie and Baby Lohrey are financially on their own!” the GoFundMe page says. “This baby needs our support and will truly need the necessary “village” surrounding he/she to fill the massive shoes that it’s Daddy cannot on this earth!”