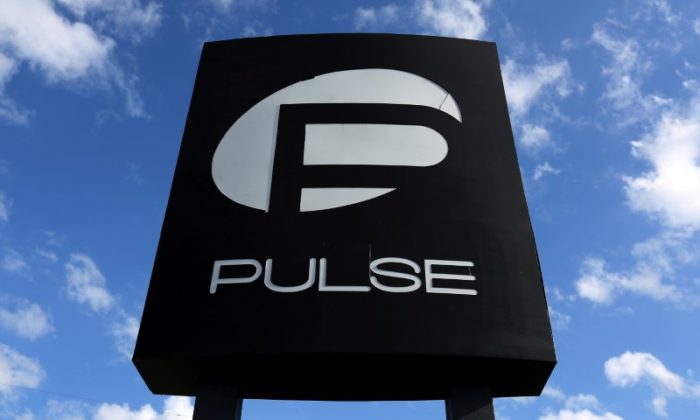 The Pulse nightclub sign is pictured in Orlando, Fla., on June 21, 2016, following the mass shooting that took place the previous week. (Carlo Allegri/Reuters)
Crime and Incidents

Widow of Nightclub Gunman Pleads Not Guilty in Florida Court

The widow of the gunman who killed 49 people at Pulse nightclub in Orlando, Florida, pleaded not guilty on Wednesday to aiding her husband in the June 2016 killings.

Noor Salman, 30, the wife of Omar Mateen, appeared in federal court in Orlando for less than five minutes. It was her first court appearance in Florida since she was transferred by U.S. marshals from California where she had been held.

She faces charges of obstruction of justice and aiding and abetting Mateen in his attempt to provide material support to a terrorist organization. Prosecutors have said she made up a cover story for her husband that she told to police officers and FBI agents.

Salman has said she was herself a victim of domestic abuse by Mateen and was unaware of his intentions to attack the nightclub.

Her trial is scheduled to begin in June before U.S. District Judge Paul Byron in Orlando.

Salman’s attorney waived the reading of the indictment against her and entered pleas of not guilty to the charges.

Police killed Mateen, a U.S. citizen of Afghan descent, after the shooting rampage at the Pulse nightclub. After the killings began, Mateen called emergency dispatchers to profess allegiance to a leader of the Islamic State militant group.

Salman was arrested in February at her mother’s residence in the San Francisco area, and she appeared several times in federal court in Oakland, California. She lived in an apartment in Fort Pierce, Florida, with Mateen and their son prior to the rampage.

Last month, Byron ordered that Salman remain in jail, revoking a bail order issued by a federal magistrate in Oakland.