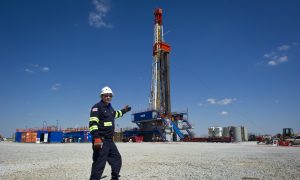 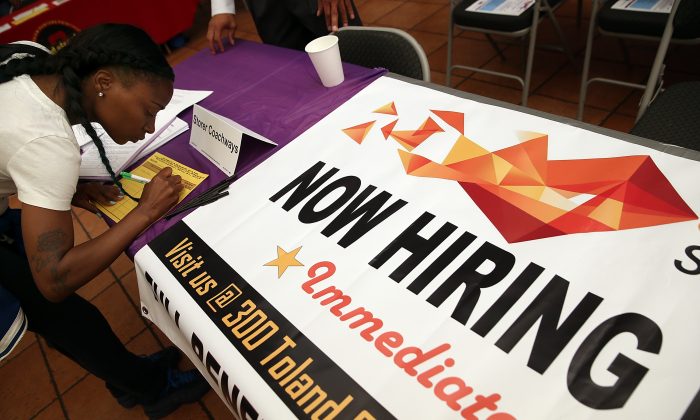 A job seeker fills out an application during a career fair in San Francisco, on May 21, 2014. (Justin Sullivan/Getty Images)
US

Why We Saw Widely Different Stats for Job Growth in February

This week has been ample on job growth news. First the payroll giant ADP released its survey results on Wednesday, and then on Friday the Labor Department unveiled statistics of its own job survey.

Yet the numbers were not only far apart, but even suggested opposite trends.

Does that seem like conflicting messages? Certainly. And, of course, there is a reason.

First, let’s look at the sources of the numbers.

There’s no overall reporting system for employers that would provide accurate monthly data so we only depend on surveys to find out how many jobs they added.

Labor Department surveys about 143,000 businesses and government agencies every month and claims to cover about third of all employees, excluding farm workers.

ADP, on the other hand, gets its numbers from analyzing payroll data of its 411,000 U.S. clients. That way it covers almost quarter of all employees in the private sector, also excluding farm workers.

The key difference is the department picks “representative sample” of the workforce, accounting for the variety of industries and businesses, while ADP does not, explained economics professor Eli Berman from the University of California in San Diego via email.

Yes, the Economy May Be Creating Jobs, but the Pace Is Slowing

Berman acknowledged ADP collects more data, “but for a non-representative slice of the workforce” as it only counts businesses that outsource its payroll to ADP.

“So ADP has a more precise measure, but it doesn’t accurately represent the workforce,” Berman stated. “Bottom line is that these measures will show very similar trends from quarter to quarter, but will deviate from month to month.”

Indeed, a chart on page 3 of the ADP report shows its estimates generally follow the same trajectory as the Labor Department statistics, but, occasionally, the two diverge.

Still, difference of almost 80,000 is quite unusual, especially when showing opposite trends. As such, it may be worth checking again in a month or two if the stats reconcile.