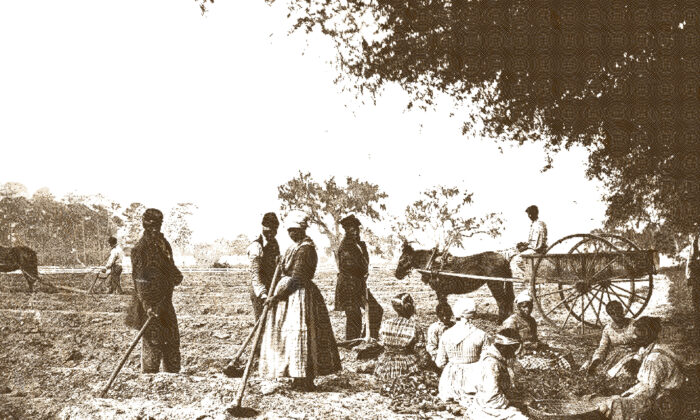 Why the Founders Couldn’t Abolish Slavery

This essay addresses one of the most persistent criticisms of the Constitution: that it was adopted to protect, or least accommodate, slavery. As explained below, that criticism is historically false.

The critics point out that perhaps 25 of the Constitution’s 55 framers (drafters) were slaveholders.

But this statistic is deceptive. One reason it’s deceptive is that it omits a countervailing factor: The Constitutional Convention also included influential opponents of slavery. John Dickinson inherited bondsmen but freed them all. Benjamin Franklin, James Wilson, and Gouverneur Morris, among others, were abolitionists. And even among the minority who held slaves, some, such as James Madison, favored gradual emancipation.

As result, there was much criticism of slavery at the Constitutional Convention, and only the South Carolina delegates offered even a tepid defense.

Another reason the statistic is deceptive is that the framers comprised only a tiny segment of the Founders. Far more numerous were the 1,648 state convention delegates who actually converted the Constitution into law (more, when you add the 1791 ratification by Vermont). Additionally, most leading participants in the ratification debates were not slaveholders. For example, Noah Webster (later famous as the author of the first great American dictionary) was an abolitionist.

Additionally, there were the tens of thousands of voters who selected the state convention delegates. Perhaps 95 percent of those voters owned no slaves.

During the founding generation, most thoughtful people in the English-speaking world believed that slavery violated natural law. Indeed, the English-speaking peoples were the first major demographic group in history to abolish the institution. This process was well underway when the Constitution was written.

Thus, in 1772, the Court of King’s Bench in England decided Somerset v. Stewart, which banished slavery from the English homeland. Soon after American independence, 10 of the 13 states abolished the slave trade and one (North Carolina) imposed steep taxes upon it. Several states also began general emancipation. Five granted the vote to free African Americans.

That’s why Constitutional Convention delegate Roger Sherman of Connecticut remarked that “the abolition of slavery seem[s] to be going on in the U.S. & that the good sense of the several States would probably by degrees compleat it.” His Connecticut colleague, Oliver Ellsworth—later chief justice of the United States—predicted that “slavery in time will not be a speck in our Country.”

Sherman was expressing the common view that slavery in America was on the way to extinction. Tragically, those subscribing to that view didn’t foresee the invention of the cotton gin.

So Why Didn’t the Constitution Abolish Slavery?

Despite these trends, it remained clear that the elite in a few states were clinging to slavery and wouldn’t approve a Constitution that curbed it. South Carolina delegate Charles Cotesworth Pinckney said: “If himself & all his colleagues were to sign the Constitution & use their personal influence, it would be of no avail towards obtaining the assent of their Constituents. S. Carolina & Georgia cannot do without slaves.”

The framers were forced to conclude that a Constitution curbing slavery couldn’t unify the country and might even fail the nine-state ratification threshold.

The Danger of Disunity

Unity was critical because the probable result of disunion would be never-ending war on the American continent.

The common cause against Great Britain tied together colonies that never had much to do with each other—but by 1787, this connection was unraveling. The Confederation Congress was widely ignored. Rhode Island and Connecticut were in a creditor-debtor spat that threatened resort to arms. Many spoke of dividing the country into several confederations, with some states remaining entirely independent.

On the costs of disunity, European history was instructive. The previous 150 years had witnessed about 70 European wars (in addition to rebellions), and the results were horrific. The Thirty Years’ War, which ended in 1648, may have killed, directly or indirectly, as many as 8 million people. The War of the Austrian Succession (1740–48) resulted in perhaps half a million casualties; the Seven Years’ War (1756–63) caused perhaps a million. Had a similar scenario been imported to America, it’s likely that slaves, as those at the bottom of the social hierarchy, would have suffered even more than free people.

That’s why when Gov. Edmund Randolph introduced his Virginia Plan, he emphasized that the current system couldn’t protect against foreign invasion, couldn’t prevent states from provoking foreign powers, and couldn’t prevent interstate conflict. To do that, a stronger government was necessary.

During the public debates on the Constitution, an important part of the advocates’ successful argument was the need for unity to avoid war. Although I believe modern writers rely too heavily on “The Federalist Papers” when searching for constitutional meaning, those essays do offer a good sample of the arguments for unity.

John Jay, who had served as the Confederation’s foreign secretary, wrote in Federalist No. 4:

“But the safety of the people of America against dangers from foreign force depends not only on their forbearing to give just causes of war to other nations, but also on their placing and continuing themselves in such a situation as not to invite hostility or insult; for it need not be observed that there are pretended as well as just causes of war.

“One government can collect and avail itself of the talents and experience of the ablest men, in whatever part of the Union they may be found. It can move on uniform principles of policy.

“It can apply the resources and power of the whole to the defense of any particular part, and that more easily and expeditiously than State governments or separate confederacies can possibly do.”

“Leave America divided into thirteen or, if you please, into three or four independent governments—what armies could they raise and pay—what fleets could they ever hope to have? If one was attacked, would the others fly to its succor, and spend their blood and money in its defense?”

“The fortunes of disunited America will be even more disastrous than those of Europe. The sources of evil in the latter are confined to her own limits. No superior powers of another quarter of the globe intrigue among her rival nations, inflame their mutual animosities, and render them the instruments of foreign ambition, jealousy, and revenge.”

Madison summarized in Federalist No. 45: “The union … [is] essential to the security of the people of America against foreign danger [and] essential to their security against contentions among the different states.”

Before criticizing the Founders for permitting the states to allow slavery, therefore, we must understand the choice they faced: tolerating a vile institution that seemed to be dying anyway, or consigning the American continent to perpetual warfare at a cost of millions of lives and incalculable misery.

Finally, the claim that the Founders should have abolished slavery at all costs—no matter how horrible the results—ill becomes those who accept, or even promote, evils such as street violence, government attacks on freedom, and infanticide. Such people should reassess their own conduct before railing against the Founders.