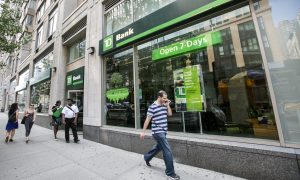 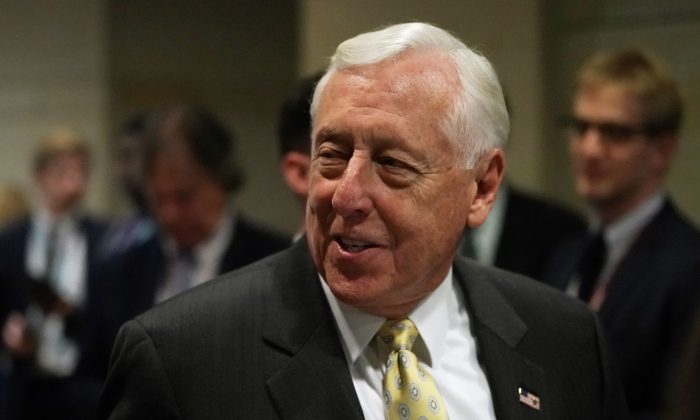 Why Steny Hoyer and Rand Paul Could Become Shutdown Heroes

House Majority Leader Steny Hoyer (D-Md.) gave an easily missed signal Jan. 17 that an end to the longest-ever government shutdown may be closer than it appears, thanks to two perhaps-unlikely heroes.

Hoyer showed why he may be one of them when Democrats, on a voice vote, rammed through a continuing measure to reopen nine federal cabinet departments until Feb. 28.

Republicans, led by House Minority Leader Steve Scalise (R-La.), were incensed when their demand for a recorded vote was denied, and began shouting and throwing catcalls at the majority.

Hoyer could have told Scalise “tough luck” and joined other Democrats in leaving the chamber. But instead, the majority leader worked out a deal with Scalise, whereby a recorded vote was scheduled for Jan. 23.

Democrats almost certainly will win next week but Scalise and the Republicans got the recorded vote they sought and bought some time to find a way out of an otherwise unbreakable impasse. And Hoyer gained some goodwill at a time when doing so is extremely difficult.

It was a minor episode on a day punctuated by House Speaker Nancy Pelosi (D-Calif.) doubling down on her insistence that President Donald Trump delay his Jan. 29 State of the Union address. He retaliated by canceling the military aircraft for her planned official trip to Afghanistan, Egypt, and Brussels.

Meanwhile, Pelosi continues to insist that Trump drop his demand for $5.7 billion for the wall on the southern border he promised voters in 2016; and reopen the government, now in its 27th day of a partial shutdown.

Trump also refuses to back down because, he argues, the national security requires the wall. But Pelosi described Trump’s wall as an “immorality” on Jan. 3. Two such immovable opponents equal stalemate.

But on Jan. 16, Hoyer did something he rarely does—he took a significantly different position from Pelosi on a key issue, telling Fox News anchor Brett Baier that, “Look, I don’t think this is an issue of morality; it’s an issue of does it work … A wall that protects people is not immoral. I think the issue is whether it works.”

Thus, the pragmatic Hoyer, who congressional observers long ago came to expect, reappeared despite being rarely seen in the national spotlight in recent years.

President Ronald Reagan was in the White House in 1981 when Hoyer won a special election to the House of Representatives, following three years as the youngest-ever leader of the Maryland state Senate. He’s been in the House ever since.

While Hoyer is a dyed-in-the-wool liberal, he’s also an old-school Democrat who knows how to broker a legislative compromise, which requires everybody to give up something but also lets them credibly claim a victory.

A grizzled legislative veteran doesn’t coincidentally say or do things, so Hoyer’s timing in differing with Pelosi and bargaining with Scalise is important.

Hoyer’s moves come at a time of growing discontent among younger House Democrats, many of whom have expressed dismay over the Trump-Pelosi loggerheads and called for both sides to compromise.

One of them, Rep. Josh Gottheimer (D-N.J.), told reporters Jan. 16 that a meeting he and other members of the Bipartisan Problem Solvers Caucus had with Trump in the White House was “constructive.”

Pelosi had predicted the meeting would show the Democrats present how impossible Trump is to deal with, but the New Jersey congressman said afterward that he “left thinking that both sides realize that we’ve got to find a way out of this and that because there is a real openness.”

“Instead of government shutting down operations over stalled funding in the future, Dr. Paul’s plan would keep government open but institute a one-percent cut to then-current funding levels for any agency, program, and activity that Congress failed to fund” on time, according to a statement from the Kentucky senator’s office. “Funding would be reduced by another one percent every 90 days thereafter that an agreement is still not enacted.”

Paul’s proposal could be the key element of a compromise that enables both sides of the deadlock to claim they’re preventing future shutdowns by forcing Congress to approve budgets on time.

And it’s not inconceivable to envision a Hoyer-brokered bargain in time for that record vote next week, under which Democrats agree to fund a border security “structure” and, in return, Trump reopens the government and signs the Paul plan into law.