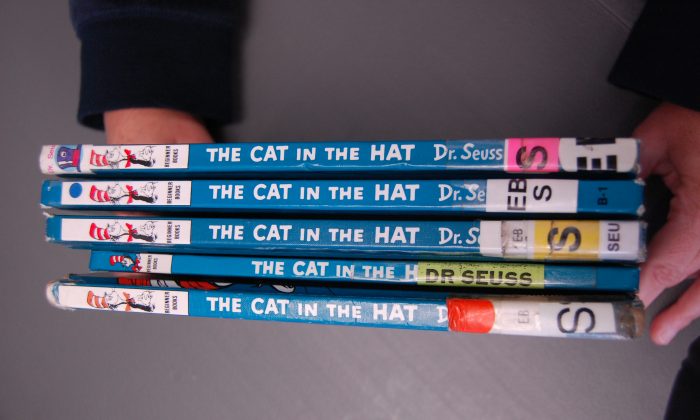 "When we looked under the hood, we found that the participants could learn to read under both forms of instruction but the brain activation showed that learning happened in very different ways," Bruce McCandliss says. (Jeffrey/CC BY-NC-SA 2.0)
Education

Why Sounding out ‘C-a-t’ Gets Kids Ready to Read

Teaching young children phonics—the relationship of letters to sounds—primes the area of their brains wired for reading better than trying to teach them to memorize whole words.

The findings provide some of the first evidence that a specific teaching strategy for reading has direct neural impact and could eventually lead to better-designed interventions to help struggling readers.

“This research is exciting because it takes cognitive neuroscience and connects it to questions that have deep meaning and history in educational research,” says Bruce McCandliss, professor in the Graduate School of Education at Stanford University and at the Stanford Neuroscience Institute.

Theories on reading development have long supported the importance of a phonics foundation, especially for early learners and struggling readers, yet investigating the way in which brain mechanisms are influenced by the choices a teacher makes is a fairly recent endeavor.

In the study, published in the journal Brain and Language, researchers devised a new written language and contrasted whether words were taught using a letter-to-sound instruction method or a whole-word association method. After learning multiple words under both approaches, the newly learned words were presented in a reading test while brainwaves were monitored.

This strong left hemisphere engagement during early word recognition is a hallmark of skilled readers, and is characteristically lacking in children and adults who are struggling with reading.

In addition, study participants were subsequently able to read new words they had never seen before, as long as they followed the same letter-sound patterns they were taught to focus on. Within a split second, the process of deciphering a new word triggered the left hemisphere processes.

“Ideally, that is the brain circuitry we are hoping to activate in beginner readers,” McCandliss says.

By comparison, when the same participants memorized whole-word associations, they learned sufficiently to recognize those particular words on the reading test, but the underlying brain circuitry differed, eliciting electrophysiological responses that were biased toward right hemisphere processes.

“These contrasting teaching approaches are likely having such different impact on early brain responses because they encourage the learner to focus their attention in different ways,” McCandliss says. “It’s like shifting the gears of the mind—when you focus your attention on different information associated with a word, you amplify different brain circuits.”

While many teachers are now using phonics to teach reading, some may be doing it more effectively than others, McCandliss says.

“If children are struggling, even if they’re receiving phonics instruction, perhaps it’s because of the way they are being asked to focus their attention on the sounds within spoken words and links between those sounds and the letters within visual words. We can direct attention to a larger grain size or a smaller grain size, and it can have a big impact on how well you learn.”

The study involved 16 literate adult participants, yet gained its statistical power by teaching all participants in two different ways, much like what a typical student may experience when learning from different teachers or trying to master irregular words that don’t conform to letter-to-sound mapping, such as “yacht.”

The new written language was based on line features that formed symbols representing different letters of a new alphabet. The symbols were joined to represent a distinct visual word.

Each participant was trained to read two sets of three-letter words under identical conditions that provided practice viewing words and listening to corresponding spoken words. The only difference between the two training conditions was a set of instructions at the beginning that encouraged the readers to approach learning the words in one of two ways.

One instruction asked learners to approach the task of learning each word by picking out each of the three-letter symbols and matching each to the corresponding sound in the spoken word. The other focused on teaching the association between whole printed and spoken words.

After training was completed, participants were hooked up to an electroencephalograph, or EEG, that monitored brain waves while they took a reading test on word-figures they had already learned. Following the letter-sound style of training, participants were also tested on their ability to read new words composed of the same letters.

“When we looked under the hood, we found that the participants could learn to read under both forms of instruction but the brain activation showed that learning happened in very different ways,” McCandliss says.

The results underscore the idea that the way a learner focuses their attention during learning has a profound impact on what is learned. It also highlights the importance of skilled teachers in helping children focus their attention on precisely the most useful information.

Yuliya Yoncheva, a researcher at New York University, and Jessica Wise, a graduate student at the University of Texas at Austin are coauthors of the study.