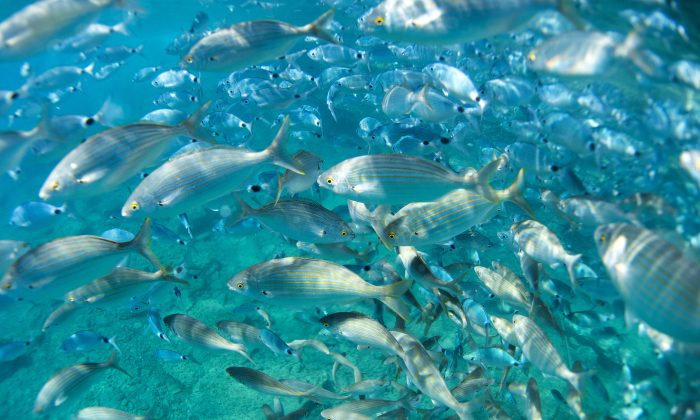 The problem the world faces is that many of the resources that are truly threatened are the renewable ones, not, as so often assumed, the non-renewables.

Many of the earth’s renewable resources are being insanely over-exploited, and humanity seems incapable of agreeing on rules for their protection. Fish, large mammals, fresh water, timber, clean air—the list is endless.

In contrast, many non-renewable reserves have become so plentiful that their prices are presently at historic lows.

The question is: how has it come about that our non-renewable reserves are seemingly inexhaustible?

The Case of Oil

Fears that the world would soon run out of oil have been around for many years. During the first decade of this century, the so-called “Peak Oil” hypothesis pushed the view that the world had reached the height of oil production capability. The reserve and production statistics tell a very different story.

Another way of looking at this is to see how long it took to deplete the Proven Reserve in any one year. The 1980 oil reserve was consumed by 2007—it lasted only 27 years; the 1985 oil lasted until 2014, 29 years; the 1990 oil will probably last until 2022, 32 years. Even though the rate of consumption is increasing, the reserve at any one time is lasting longer.

Our instinct tells us that the world’s resources are finite. Yet the example shows us that the reserves of oil have grown for the past 35 years even though the rate of exploitation has increased. Have our instincts let us down?

The Paradox Beyond Oil

The example of oil is not unique. Many other materials are being exploited without fear of exhaustion of the reserves. For instance, over 50 years, the production of copper rose six-fold while the reserve/production ratio grew from 40 to nearly 80 years before dropping back to 50 years.

The case of copper is particularly remarkable because copper is extensively recycled, so a six-fold increase in what is mined is all the more significant. Moreover, consider the significance of a reserve/production ratio of 80 years. It implies that, if you were to discover a new deposit of copper, it might mean a wait of as long as 80 years before it was worth producing the copper you had discovered. Geological exploration is not cheap. No-one likes to spend money on exploration which will only start to yield revenue after many decades.

There are a number of factors underlying this paradox. The first is consideration of what constitutes a “reserve.” Our planet has many resources but they only become reserves when someone can find a way of making use of the resource material.

For instance, the crust of the Earth comprises about 8 percent aluminium. The lithosphere therefore contains about 70 million billion tons of aluminium. But the main reserves of aluminium are in the ore bauxite, with about 8 billion tons of aluminium, or of the order of one ten-millionth of the resource. So the reserve is a truly minute fraction of the resource, and this is true of many of the non-renewable resources. In contrast, our abuse of many renewable resources involves a significant fraction of the natural reserve.

Aluminium was more costly than gold until an efficient way of producing it from bauxite was discovered in the late 19th century. Since then the price has fallen while the volume produced has soared. This illustrates another feature of non-renewable resources—technology determines their cost, and the larger the volume, the lower the relative cost.

This can be illustrated by the case of copper. In pre-industrial days, a copper resource typically contained about 5 percent copper, and in today’s money it cost about $50/kg. A new technology arrived in the 1970s, and today about one-third of all new copper is produced from very low-grade ores by dissolving the copper directly from the crushed rock, then extracting the copper from solution with a special solvent. The price fell to about $2/kg at the beginning of this century, rose sharply to over $8/kg after 2004 and is presently falling back through $4/kg.

So the grade of ore has fallen consistently over the years, and as it has fallen, new technology has been developed to process more from less.

Technologies for identifying a potential reserve and quantifying its potential have also evolved enormously. Geological models are continuously being improved, as more and more data are acquired. Physical techniques for identifying geological structures have evolved to a high degree of sophistication. Data processing enables three-dimensional visualization of the underground. Drilling technology now permits precise sampling of structures hundreds of meters below surface. All these advances have reduced the time to identify a target reserve and reduced the risks inherent in deciding to exploit it.

A final factor in the inexhaustibility of non-renewable reserves is the fact that other materials often emerge to replace them at a lower price. For example, the Roman water distribution system relied on lead piping. It is likely, because lead is a relatively rare metal, that were the world’s plumbing systems still to rely upon lead to the same extent, we would use a large fraction of the resource. Lead would be unaffordable. But, of course, we have learned to use other materials at a fraction of the cost, and simultaneously avoided the health risks. The original reserve of lead may have been too small for our needs, but human ingenuity has avoided what would have seemed to the Romans an unsolvable problem.

So how has it come about that our non-renewable reserves are seemingly inexhaustible? It comes down to the fact that what was exploited made up a very small fraction of the resource. Moreover, advances in the technology of both exploration and extraction meant that the economic reserve could grow—and indeed, actually did grow—even while exploitation was increasing.

In contrast, the fraction of our renewable resources that are being exploited makes up a significant fraction of the total resource, to the extent that there is a loss of species and future generations indeed are threatened.

Philip Lloyd is a research professor of energy at Cape Peninsula University of Technology in South Africa. This article was originally published on The Conversation.