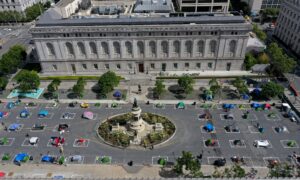 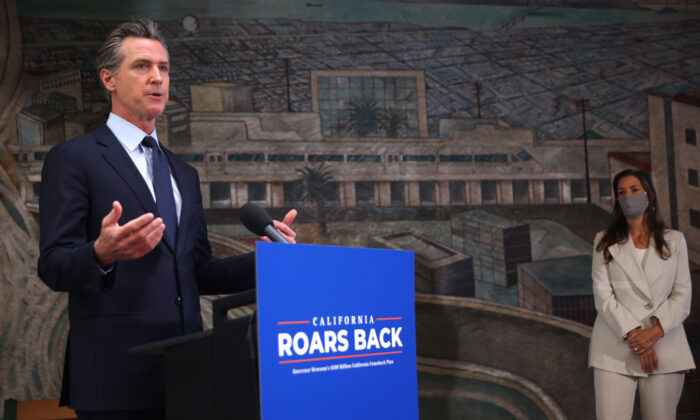 Why Newsom’s Strategy Could Lead to His Recall

The current campaign to recall California Governor Gavin Newsom is indeed a very real and serious campaign to oust a sitting governor, and Governor Newsom knows this more than anyone.

This is only the fourth gubernatorial campaign in U.S. history that has successfully gathered enough signatures to qualify for a recall election. Only two governors have ever been successfully recalled. In 1921, Governor Lynn Frazier of North Dakota was recalled; and in 2003, Governor Gray Davis of California was recalled. The third recall campaign to go to the ballot was defeated by Governor Scott Walker of Wisconsin in 2012.

If this campaign were not so serious, Governor Newsom would not be traversing the state trying to gain votes by awarding prizes for vaccine shots, or promising $600 stimulus checks to people from an inflated and “made-up” budget, or claiming to fix the homelessness and immigration problems if we just let him pour more money into a failed and broken system.

Recently, in a greatly increased schedule of press conferences and photo ops, he has repeatedly pandered for votes with “smoke-and-mirrors” double-talk and “feel-good” solutions to all of our state’s problems, which he in reality has exacerbated for the most part.

Almost all the opposition to Newsom cites frustration with California’s high taxes, high unemployment, and escalating homeless population, as well as the way the pandemic was handled.

The facts speak for themselves. Under Newsom’s watch, voters are angry over whipsaw and unrealistic lockdowns that have cost millions of Californians their businesses and life savings and have caused them personal grief. Millions of jobs have been lost, resulting in one of the highest unemployment rates of any state in America and certainly in our state’s history.

Serious homelessness and unprecedented crime are skyrocketing, and yet, while police, safety, and emergency personnel are being downgraded, taxes are rising.

Schools and churches were closed for a year, depriving students of quality education and depriving people of any communal expression of faith. We now have a $12 billion fraud scandal at the State Unemployment Agency, and pay-to-play politics is the norm in our governmental transactions.

We are experiencing the largest exodus in history from California of middle-class workers and executive talent to other states where governors are more responsive to the needs of the people and have handled the virus pandemic in a more intelligent and thoughtful way.

Gavin Newsom’s real effort and concern is not about any of the above, or how any of it affects you and me—and therein lies his and his party’s mistake.

Allow me to explain. The recall ballot in California will have two parts. First, voters will be able to vote “yes” or “no” on whether to remove the governor from office. If 50 percent of the voters plus one, a majority, vote to recall the governor, it’s bye-bye time for Newsom, and his lifelong dream of becoming president (at all costs) is forever gone. Now that, my friends, is a very BIG deal to Mr. Newsom!

Second, the next question on the ballot allows voters to choose a replacement, should the first question and vote result in recalling Newsom. Whoever receives the most votes of all the candidates listed becomes the new governor.

Behind the scenes, Newsom is working very hard to keep other Democrats who might have any name recognition at all from entering the race for governor in the possibility that he might be recalled. His real worry and fear is that if some Democrat with statewide name recognition or celebrity status might decide to enter the race for governor, many Democratic voters will vote yes on the first recall question and then vote for whatever Democrat is on the challengers’ ballot in the second question.

Publicly, Newsom is pushing the narrative that the recall is really the work of the extreme right-wing Trumpers, but in reality, Californians know better. This recall is being put forth by Californians from across the political spectrum—Democrats, Republicans, Independents, from liberal- and conservative-leaning cities and towns alike—who have had enough of Newsom’s elitist self-serving agenda.

The top political priority Newsom has is keeping the Democratic base together, which is why he is so focused on arguing that the recall is just a partisan Republican endeavor. The biggest thing that could damage that narrative is if a prominent Democrat or progressive emerged as a candidate in the recall, like Cruz Bustamante did in 2003.

You might remember that Bustamante got into that race at a very late date and ran on a platform of opposing the recall but providing a Democratic alternative should Gray Davis be recalled. It is widely accepted that because of Bustamante’s candidacy, enough people voted to recall Gray Davis, which then allowed celebrity Arnold Schwarzenegger to become governor with 48 percent of the vote over Bustamante’s 31 percent.

Again, the key to Newsom staying in power is making sure the Democratic Party supports him and him alone, because to have any other Democrat with a name enter the race would increase the first vote to recall him.

To any challenger, the threat of withholding party support and the allure of a future appointment can be powerful deterrents. It’s politics in its raw form. So much for an open democratic system or allowing the people to hear all points of view.

If Newsom was really honest and transparent with voters, he would present his views and welcome all challengers. Instead, he is now asking that the recall election be moved to August instead of October or November as planned, out of fear that a later date might allow more time for a prominent Democrat to get into the race.

Also, a recent Public Policy Institute of California poll revealed that if the recall election were held today, 56 percent of those polled would oppose the recall.

However—and this is where the governor gets a little shook—a recent Berkeley Institute of Governmental Studies poll revealed that the majority of Democratic voters would prefer to have a Democrat on the replacement ballot should Newsom be recalled.

In addition, a Nexstar Media Group poll released in March revealed that more than 58.3 percent of voters said they would prefer a new governor in 2022!

In a recent poll by the UC Berkeley Institute of Governmental Studies, the percentage of registered voters saying they would vote yes on the recall was 36 percent, precisely where it was in their previous poll taken in late January, so it appears that that group is solid in their recall position.

Anybody who follows politics in today’s environment knows how volatile it can be. Mood swings and candidate ratings can change with the slightest news. A 36 percent rating today could easily convert to a 51 percent vote to recall tomorrow.

My questions are: 1. Why would the Democratic Party of California in this very Democratic state possibly let someone as self-serving as Gavin Newsom dictate the strategy for the party and all other Democrats in this recall election? 2. Are they not being shortsighted and in reality forfeiting the right of any other Democrat to profess his or her views to the public in the ensuing debates? 3. Where are all of the so-called noble Democratic officeholders of note who have taken the pledge to work for the people?

Newsom is currently ahead of the field of Republican challengers. Polls show most voters in this blue state want to keep a Democrat in office. If Newsom is recalled for whatever reason, and the Democratic Party has no one on the second part of the ballot regarding replacement, then they have no one to blame but themselves.

Tony Hall is a former supervisor in the city and county of San Francisco.