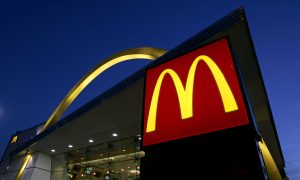 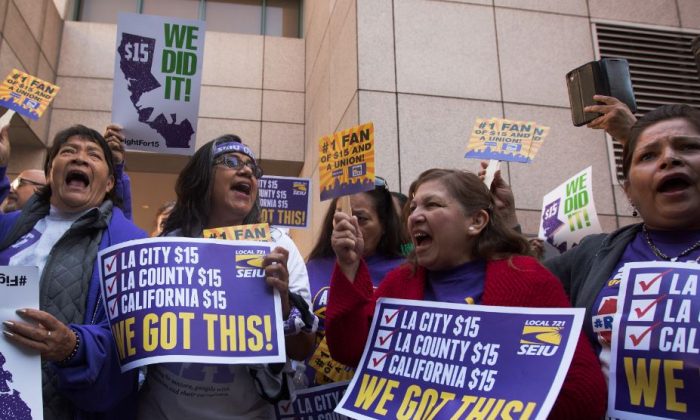 Why ‘Minimum Wage’ Laws Are Cruel

Few government measures are crueler to the poor and disadvantaged in society than minimum wage laws.

Promoted by self-righteous socialists and fawning, gutless “conservatives” as a way to help the poor, minimum wage mandates demonstrably result in higher unemployment, stifle small business, and trap the most vulnerable into a life of dependency and unemployment.

To understand the damage that can be fully attributed to minimum wage laws, it’s necessary to understand the pricing mechanism in a free-market context. In a completely free market, the price of goods and services is determined solely by the law of supply and demand.

For example, if there’s a great crop of tomatoes one year, the supply will be abundant, prices will drop, and the public will consume more of them. The low price will signal to farmers to plant fewer tomatoes the following year and, consequently, tomato supply and demand will trend toward equilibrium.

If the tomato harvest is poor and tomatoes are scarce, the price will rise. This will encourage merchants to import tomatoes from other regions and consumers to use fewer tomatoes or use other vegetables in their salads and sauces. The higher prices will also encourage farmers to plant more tomatoes for the next season, resulting in a greater supply and a balancing of supply and demand.

Prices in a free-market system are the signals whereby millions of consumers and producers in any given market can consistently move toward an almost perfect balance of production and consumption. In a free market, there are minimal shortages and minimal wastage through overproduction. The pricing system helps the market function with an almost magical efficiency to the maximum benefit of all involved.

If the government, however, steps in to fix prices, chaos ensues.

If a “pro-business” government artificially raises the price of pork, for example, to protect the nation’s pig farmers, several things will automatically happen. Firstly, more and more farmers will rush to produce more pork to cash in on the higher prices. This results in shortages of other farm commodities, which drives up their prices to the detriment of consumers. An oversupply of pork soon saturates the market, but fewer consumers want to buy it because of the artificial price. Consumers will turn to beef and chicken, and the pork surplus will worsen further. The government will either pour in more subsidies to keep the market afloat, or withdraw support, resulting in a disastrous collapse.

If a “pro-people” government caps private housing rentals to help the poor, disaster soon ensues. Landlords will no longer be able to make a sufficient profit on their substantial investments, so they will divert their money into stocks and shares or other investments. This will create an artificial stock-market boom, inevitably followed by a corresponding crash. The rental housing supply will dry up, resulting in a housing shortage. A few lucky souls will end up living in artificially cheap housing, while most of their fellow renters will have no housing at all or be reduced to living in overpriced, unsanitary hovels. The government may step in, at huge expense, with public housing programs, or it may cease rent controls, resulting in a dramatic price surge until equilibrium is restored.

The laws of supply and demand are as immutable as the laws of physics. You can no more cheat the market than you can defy gravity.

Wages and salaries are the pricing mechanism for human labor. The laws of supply and demand apply to labor just as surely as they do to canned sardines, movie tickets, or mammograms.

Minimum wage laws are an attempt to cheat the uncheatable law of supply and demand.

By setting an artificial minimum on wages, you’re shutting out of the market any labor supplier worth less than a certain arbitrary amount.

In my home country of New Zealand, about 20 years ago, the government set a minimum youth wage of $12.50 per hour. The going rate at the time for unskilled youth labor was about $8 to $9 per hour.

So, employers just kept on employing unskilled kids at a 50 percent effective wage rise, right? No. Within a few months, youth unemployment was up to 25 percent. Thousands of young New Zealanders were forced to stay in school, go on the dole, or work “under the table.” Employers simply employed less unskilled youth labor in response to the artificially high wages (prices).

It was simple logic. One could pay a skilled older person $18 per hour to do a job. Or one could spend a lot of money training a younger person on $12.50 per hour to do the same job. The $18-per-hour skilled worker is simply a better deal.

The wages rose for semi-skilled workers as employers chose to hire more of them instead of unskilled young people. The economy suffered, the government lost tax revenue, and thousands of young people just starting out were consigned to the scrap-heap.

In the 1980s, we saw an even more egregious example of attempted market manipulation.

For decades, New Zealand had a well-developed system of charity-run “sheltered workshops.” Thousands of intellectually handicapped New Zealanders, young and old, went to work every day in the local workshop. There, they did low-skilled assembly work for a low, but not insignificant, wage. These workers didn’t make a lot, but they developed skills, discipline, and confidence. They got out of the house to socialize with their friends. They earned enough to buy clothes and records, and to go out to the movies or to the occasional restaurant. They gave their parents and caregivers a little “down time.”

Along came the unions, demanding that all the workers be paid the adult minimum wage, regardless of the value they were producing. Faced with bankruptcy, the workshops were all forced to close, and everyone lost their jobs. The individuals lost the self-esteem that comes from honest work; they lost their incomes and much of their social life, and any chance of rising even a little on the income ladder. Most of them became a greater burden to the government and their parents.

Get on the Ladder!

Employment is like a ladder. People with a college degree may start four or five rungs up the ladder and rise (or fall) from there. People with high-school diplomas may start a little lower down, but there is no limit on how far they may rise. The ladder has a bottom, but no top.

People with no skills or qualifications at all need to get on the bottom rung of that ladder any way they can. From there, with enough grit and determination, they may surpass everyone else on the journey of infinite improvement.

The important thing is to get on that ladder. Once you’re on, there’s no limit to where it might take you.

Minimum wage laws keep the poor, the disabled, and the unskilled off the bottom rungs of the ladder. They deny the most vulnerable in our society that first step to self-improvement. Is it better to be on the bottom rung learning skills at $5 per hour or unemployed learning no skills at $300 per week? Which is better for the individual in the long term? Which is more desirable for society as a whole?

What could be crueler than denying someone just starting out in life the chance to work, to learn skills, and to open new horizons?

Minimum wage laws are cruel, and they are a fraud on the poor and the disadvantaged. They must be abolished.