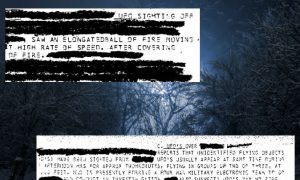 The Wikimedia Foundation, the nonprofit that runs the volunteer-created online encyclopedia Wikipedia, filed a lawsuit against the National Security Agency (NSA) on Tuesday for spying on the nonprofit’s clients and employees.

The plaintiffs, Wikimedia and eight other organizations mostly related to human rights causes, stated that the NSA has such broad authority that it violates the plaintiffs’ Fourth Amendment rights. Moreover, they allege that the NSA transgresses its authorities by monitoring virtually everyone.

Even if they are right, it may be of no use to them in court.

The NSA bases a big part of its vast powers on a 2008 amendment to a law that allows it to spy on foreigners outside of the United States without a warrant.

If the person is not a U.S. resident and is “reasonably believed” to be abroad, the Attorney General and the Director of National Intelligence can jointly authorize surveillance for up to a year.

The NSA taps into the Internet arteries in the United States and sifts through all text communicated over the Internet, like emails. As far as we know, it separates out the communications of U.S. residents and people inside the country and then searches through the rest for keywords related to topics deemed important for national security.

Wikimedia and the other plaintiffs argue that the law doesn’t provide powers that extensive.

“This intrusive and far-reaching practice has no basis in the statute,” the complaint states. “The statute authorizes surveillance only of targets’ communications; it does not authorize surveillance of everyone.”

Yet such an argument would likely fail to convince the court to even accept the case.

Suing the government for violating the Constitution is an uphill struggle. For a court to accept a case, a plaintiff needs to establish “standing,” meaning proof the plaintiff suffered specific injury, explains professor Lawrence Friedman, who is an expert on constitutional, privacy, and national security law at the New England School of Law in Boston.

In this case, the plaintiffs allege that the NSA hurts their interests because the threat of spying may deter people from contributing information on sensitive topics.

If, for example, a foreigner wants to contribute to a Wikipedia article about a topic related to terrorism or some person or event considered relevant for U.S. national security, it is likely the NSA filters would pick up such a person’s communications.

Thus, foreigners would be less likely to contribute for fear of surveillance.

And because the NSA can monitor foreigners’ communications with people in the United States, the plaintiffs argue the surveillance may also deter Americans from contributing.

And it’s not just Wikipedia articles. Other plaintiffs include Human Rights Watch, Amnesty International, and the National Association of Criminal Defense Lawyers.

A threat of surveillance may prevent them from getting information from their foreign sources and clients.

But that may still be too vague to prove an injury, according to Friedman. He suggested the plaintiffs would be in better position if they could bring on board specific people who could say, for example, they wanted to contribute to Wikipedia but decided not to for fear of the NSA.

The plaintiffs have another argument. They say NSA spying forced them to take “burdensome and sometimes costly measures to minimize the chance that the confidentiality of their sensitive information will be compromised.”

“That is a good argument,” Friedman said. “Because it shows that they had to actually do something.”

Even then, however, the government has a trick up its sleeve to swiftly kill the case.

The NSA stated it couldn’t defend itself without divulging national secrets. And the judge, after being provided with undisclosed secret documents, dismissed the case.

Even if the plaintiffs had standing, the court couldn’t decide the case “without risking exceptionally grave damage to national security,” the judge stated.

Wikimedia and the others are represented for free by the American Civil Liberties Union (ACLU).

The ACLU already tried to sue the NSA for the same reason in 2013, but failed because the plaintiffs couldn’t prove that the NSA actually spied on them.

After the emergence of the Snowden documents, the ACLU approached Wikimedia in May 2014 to discuss a new lawsuit, a Wikimedia spokesperson stated in an email.

According to Friedman, the Snowden documents make the legal fight easier. Still, winning a lawsuit against the NSA seems like a long shot.