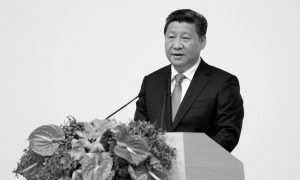 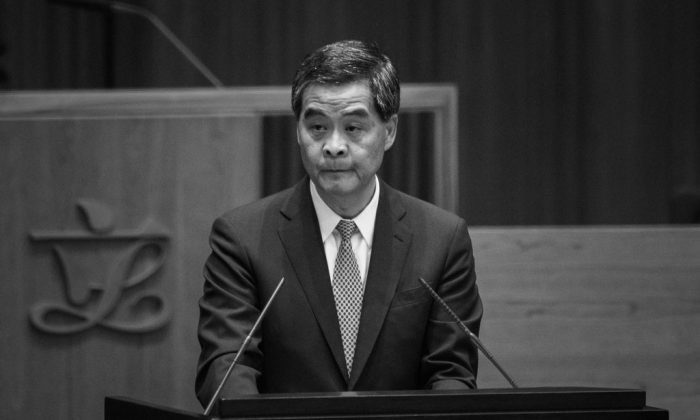 Hong Kong’s chief executive Leung Chun-ying was supposed to appease the city’s citizens with solutions to their political and social angst in his annual policy address—instead, he infuriated them by backing unpopular Beijing policies, and laid out plans to more closely integrate Hong Kong into mainland China.

In a televised address on Wednesday, the Hong Kong leader announced his blueprint for key issues in city, such as housing, economic development, and education.

A capital investment scheme that allowed foreigners to become residents if they put HK$10 million ($1.29 million) in government-approved investments was scrapped.

More elementary and middle-school students will have to study at least once on the mainland, while the Education Bureau has been tasked with reviewing the Chinese and world history courses.

“Are you trying to stir up a Cultural Revolution in Hong Kong?”
— Lee Cheuk-yan, pro-democracy lawmaker

The public consultation is supposed to assess the popularity of the Aug. 31 ruling of the Standing Committee of the National People’s Congress (NPCSC), the Chinese regime’s rubber stamp legislature, on the 2017 chief executive elections. Hongkongers will be allowed a free vote, but can only elect two or three candidates who have been screened by a pro-Beijing, 1,200-strong nominating committee.

The NPCSC’s decision angered pro-democracy supporters, and inspired youthful protesters to occupy major roads in government and business districts for 79 days to demand fully democratic elections. Protesters were also calling for Leung, who is hugely unpopular and regularly mocked for his 689 tally out of 1,200 possible votes, to resign.

While the street occupations were cleared by the authorities in December, protesters are still carrying out the Umbrella Movement with small-scale, flash mob style demonstrations in the Mong Kok commercial neighborhood.

Although the momentous civil disobedience movement has attracted international attention, Leung made no mention of the Umbrella Movement in his policy address or showed any signs that he was troubled by it.

“We fully recognize the aspirations of our young students for democracy and their concerns about political reforms,” said Leung in his policy address, but added that Hong Kong’s five million eligible voters cannot yet nominate candidates for the city’s leader since it goes against the NPCSC’s decision and the Basic Law, the city’s governing document.

Indeed, while Hong Kong is allowed a “high degree of autonomy” to govern itself under a “one country, two systems” model as part of the British handover treaty, the city doesn’t have “absolute autonomy” from Beijing, Leung said.

Rather, it is the Basic Law that provides the framework for how the Chief Executive is elected, not an “overseas precedent” or “international standard,” as protesters have been suggesting, according to Leung.

“The rule of law is the foundation of Hong Kong,” said Leung. “The democratic development of Hong Kong must therefore be underpinned by the same.”

“As we pursue democracy, we should act in accordance with the law, or Hong Kong will degenerate into anarchy.”

“The issue concerning the independence of Hong Kong is not a [matter of] ordinary academic research or discussion,” Leung said. “It is indeed advocacy, and we should not take it as a trivial matter.”

Leung added that “political figures with close ties to the leaders of the student movement to advise them against putting forward such fallacies.”

After the CY’s policy address, Hongkongers were up in arms.