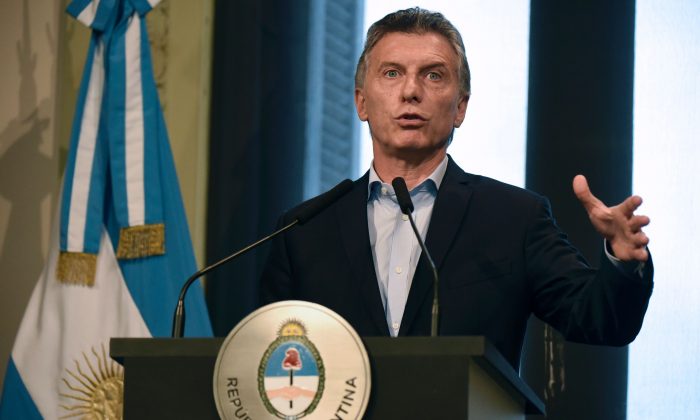 Why High Taxes Are Counterproductive

Argentina has the highest tax burden but not a balanced budget

In Argentina and many other countries, governments suffer from a chronic shortage of money to spend. In other words, revenues are insufficient and expenditures too high.

But what does “insufficient” mean? In the case of Argentina, its fiscal deficit problem has not been generated by a low tax burden, but by a confiscatory and excessive one.

The Global Competitiveness Report 2017–2018, published by the World Economic Forum, shows that Argentina is ranked 92 among the 138 countries analyzed. Argentina’s tax burden is the highest of the 138 economies, so in theory, the government should have the most money. But it doesn’t.

Between 2002 and 2017, the country’s tax burden increased by more than 10 points of GDP, while inflation—the poor man’s tax—also soared to double digits.

These two factors—inflation and high taxation—negatively impact competitiveness and ease of attracting capital, investing, and creating jobs, relegating a nation of enormous potential like Argentina to the low ranks of the World Economic Forum index. The current government under President Mauricio Macri is trying to change this, but is faced with severe obstacles.

Excessive inflation and high taxes are two almost identical factors that fund excessive public expenditure. When government gets too big, it stops being a service to facilitate economic activity and becomes an end in itself, leading to endless bureaucracy and cronyism.

According to the Ministry of Labor, public employment—the main source of bureaucracy and cronyism—accounts for more than 11 percent of the budget. In all of the provinces, seven have a public sector labor force that exceeds the private sector. The Ministry of Labor estimates that more than 3.5 million jobs are paid by taxes in the national, provincial, and municipal administrations, a figure that has increased by 60 percent since 2002.

It is not exclusively a public employment problem. The three items with the largest increase in public spending between 2002 and 2017 were salaries, social security, and subsidies to the private sector, according to the Ministry of Finance. This third item is very relevant.

Argentina has disproportionately increased the tax burden on the most productive sectors to subsidize the lowest productivity sectors and to pay for the massive increase in public employment. It is a fiscal model that discourages nonsubsidized private investment and encourages the rent-seeking subsidized sectors and public employment. Thus, it is not surprising that the increase in productivity is very low and that tax revenues do not improve, driving deficits higher.

As revenues are insufficient and capital inflows deteriorate, the gap is financed through fiscal and monetary repression—printing money to pay for public sector expenses. This crowds out highly productive sectors, discourages private activity, and reduces long-term investment. And it is not solved with tax increases.

If we look at the European economies, we can also see how the tax increases have not solved the fiscal deficit problem, but rather have generated a delay in the exit from the European financial crisis, also increasing indebtedness in the process.

Deficits have been reduced, but not enough, and government debt exceeds 89 percent of GDP for the eurozone. A study by the Center for European Economic Research (ZEW) warns that the European Union risks losing investment by maintaining a noncompetitive and almost confiscatory taxation policy, in which companies and citizens pay up to 40 percent of their income in direct and indirect taxes.

The solutions imposed in most developed economies to solve the deficit problem have failed precisely because they implement an extractive model that penalizes investment and productive sectors to sustain unproductive public spending.

The United States shows that growth-oriented taxation generates better and more employment and greater investment. Argentina and other high-tax regimes are going down a rabbit hole. Sectors that depend on subsidies and tax revenues become extractive for society. And productive investment and private employment suffer.

Macri should improve the tax base to increase productive investment and private employment, while assessing expenditures to make them sustainable. If not, the future budget adjustment will look like the country’s last bankruptcy in 2002.