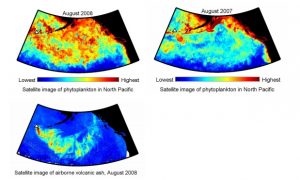 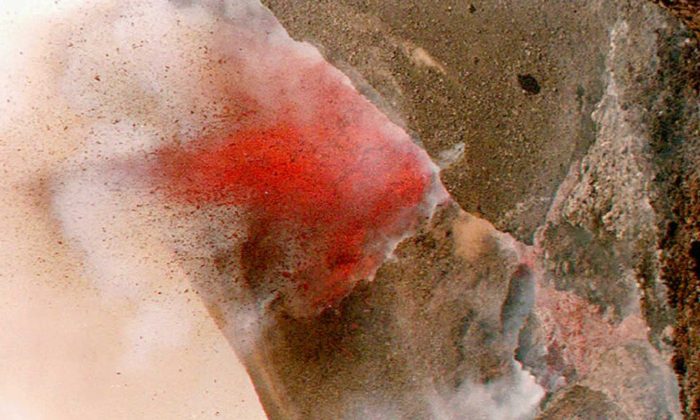 Red lava streams on April 14, 1994, from the crater of the Fogo Island volcano, which erupted April 1. Hundreds of local residents have been evacuated as the lava advances, destroying the settlements at the foot of the volcano of the Cape Verdian island, off the coast of Senegal. (Vargos Borga/AFP/Getty Images)
Environment

Why Have We Heard so Little About the Devastating Cape Verde Volcano?

Around 60 volcanoes erupt in the average year. On any particular day, there are usually about 20 volcanoes erupting somewhere in the world. Naturally, they can’t all make headlines. But when there are human tragedies involved, we need to question the priorities of the news media.

Contrast the fuss about eruption warnings in Iceland with the vanishingly low media profile of the current eruption on Fogo, one of the islands in the Cape Verde archipelago off the coast of West Africa.

In Iceland, great fears of an ash cloud eruption that could down or ground aircraft subsided as the magma broke surface beyond the ice and fed a large and spectacular but pretty harmless fissure eruption across a remote and uninhabited region.

On the other hand, since Fogo’s eruption began on November 23 it has so far destroyed two villages and the homes of more than 1,000 people.

Cape Verde became independent from Portugal in 1975 and Fogo is home to some 37,000 inhabitants. A previous eruption on the island in 1995 covered six square kilometers with lava. The current eruption has been even more voluminous, sending lava bulldozing its way through two whole villages.

There have been limited reports on the BBC’s Africa news website. But I became aware only through social media when I noticed comments along the lines: “Hey—why haven’t we seen this on the news?” If the Cape Verde islands had remained an overseas province of Portugal, like the Azores, perhaps in the developed world we would have heard more about what’s been going on there. Instead, although the unfolding events on Fogo are being well-documented by local media, they don’t seem to make it into news stories featured outside of Africa.

Fogo erupts mostly a slow-moving form of basalt lava that humans and animals can easily evade. However, its advance is inexorable and there’s nothing that can be done to stop it. Even in much-wealthier Hawaii, where the town of Pahoa is currently threatened by advancing lava, a diversion attempt is unlikely.

On Fogo, locals have had time to escape with their movable possessions. They have then sat on higher ground to watch while their homes, schools and agricultural small-holdings are slowly destroyed. Drinking water in the surrounding area is contaminated by volcanic ash, and has been declared unfit for human or animal consumption.

Unlike in 1995, when the evacuated population were able to return to their homes, this time there is nothing to return to. It’s incredibly sad, and has been well-documented on professional and amateur video, but it seems that news editors in the developed world don’t deem it newsworthy. Is it just because nobody died, and because so far the locally-organized evacuation centers have been able to cope?

These people have lost their homes and their livelihoods. Does Ebola on mainland Africa and a typhoon in the Philippines mean that there really is no time for an event such as this in our mainstream news agenda? Or do we care about volcanoes only if there’s a chance of them inconveniencing our air-travel plans?

The unfolding events on Fogo can be followed (in Portuguese) at Fogo News and in English at Earthquake Report. There’s also the GEOVOL group that is active on Facebook.