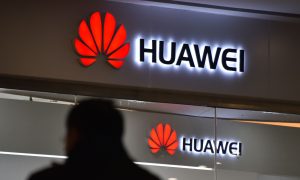 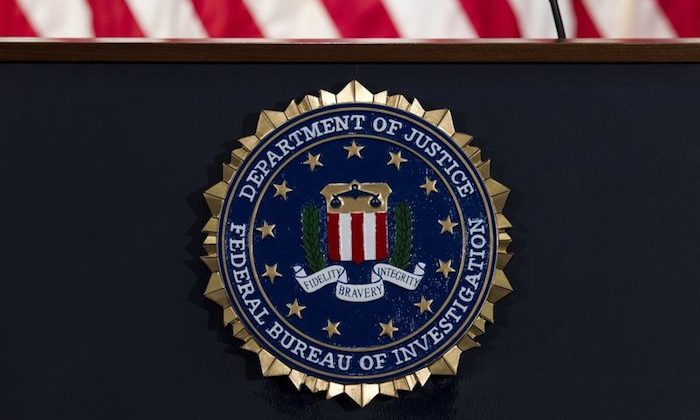 The FBI seal is seen before a news conference at FBI headquarters in Washington. On June 14, 2018. (AP Photo/Jose Luis Magana)
Viewpoints

On Jan. 18,  journalist Jeff Carlson broke an amazing story right here on the pages of The Epoch Times, in which he published explosive excerpts from former FBI General Counsel James Baker’s testimony to the U.S. Congress.

In that transcript, an entire series of previously undisclosed information became public. Baker told the House Oversight Committee the following:

Why A Backchannel Was Necessary

For this initial column, I’m going to deal with the stunning revelation that shortly before the 2016 election, the FBI decided to engage in the sham of disassociating itself from Christopher Steele and Fusion GPS co-founder Glenn Simpson only to quickly create a hidden backchannel in order to continue to receive information from them.

While FBI personnel had been meeting directly with Steele and Simpson to receive their Trump-Russia allegations for months, it had all of the sudden become a problem. Why?

It’s highly likely someone began asking questions shortly before the election as to why the FBI launched a counterintelligence investigation into the Trump campaign based on allegations coming straight from propagandists at Fusion GPS being paid by the Clinton campaign.

Did people connect the dots between the stories appearing in media outlets such as Mother Jones and Yahoo News with the sources the FBI was using for its Crossfire Hurricane counterintelligence investigation of the Trump campaign? Did someone approach the FBI with questions about this?

It seems something spooked the SpyGate plotters into presenting an appearance of drawing back from Christopher Steele and Fusion GPS while still surreptitiously using that political propaganda shop as a source for their ongoing investigations.

This backchannel allowed the FBI to hide Fusion GPS’s—and the Clinton campaign’s–role in providing much of the “evidence” being used to drive these politically-motivated investigations of Trump and his associates.

So why Bruce Ohr? Because he was a top official inside the Department of Justice and close to the DOJ’s National Security Division [NSD].

The point was to launder Fusion GPS’s Trump-Russia allegations through Ohr to Deputy FBI Director Andrew McCabe and lead agent on the Trump case, Peter Strzok, so it could be claimed the information was coming from a legitimate intelligence source instead of from paid political propagandists working for Hillary Clinton.

This means it’s highly likely that when Bruce Ohr’s personal notes from his meetings with Fusion GPS are compared with the official FD-302 interview forms that Agent Pientka filled out following his interviews with Ohr, they are not going to match when it comes to what the stated source was for the Trump-Russia information.

For Pientka to write down on the 302 forms that this information on Trump-Russia he was being given by Ohr was still coming from the Fusion GPS boys after the FBI had supposedly severed all ties with them would have defeated the entire reason for going to the trouble of establishing a backchannel in the first place.

Investigative journalist John Solomon of The Hill has stated in his reports that he has been shown Ohr’s handwritten notes that he made during his talks with Glenn Simpson and Christopher Steele. So in his own notes, Ohr made it clear who he was talking to and where he was getting these allegations from.

So now the $56,000 question: What do the FD-302 forms Pientka filled out actually say about where the Trump-Russia allegations came from? Do the interview forms admit the allegations were coming from a politically motivated propaganda shop, or do they claim the information came from politically neutral intelligence sources?

I’ve no doubt that at some time in the past year and a half, the DOJ Inspector General’s office sat Pientka down for extensive and detailed interviews about his dual roles in both the Lt. Gen. Michael Flynn affair (he and Strzok interviewed Flynn), and with the Fusion GPS backchannel to the FBI. What he told them must have been incredibly sensitive, since nobody has publicly seen or heard from Pientka all this time, even though House and Senate committees have requested that the DOJ produce him for testimony.  Whatever Inspector General Michael E. Horowitz’s investigators discovered in their interviews with Pientka, they are keeping a very tight lid on it.

Peter Strzok, after being held incommunicado inside the FBI’s Human Resources Department for almost a year after being unceremoniously yanked off of special counsel Robert Mueller’s handpicked team, was finally trotted out for a very contentious public hearing back in July, then subsequently fired from the agency at Horowitz’s recommendation.

As far as is publicly known at this time, Pientka is still employed by the FBI and still working there every day. It appears to me that nobody is going to be allowed to hear what he has to say or see his FD-302 forms until Horowitz is finished with his Spygate report and any ongoing investigations inside the DOJ have reached their conclusion.

Until we reach that point, Pientka is going to continue to be the DOJ’s “Invisible Man.”