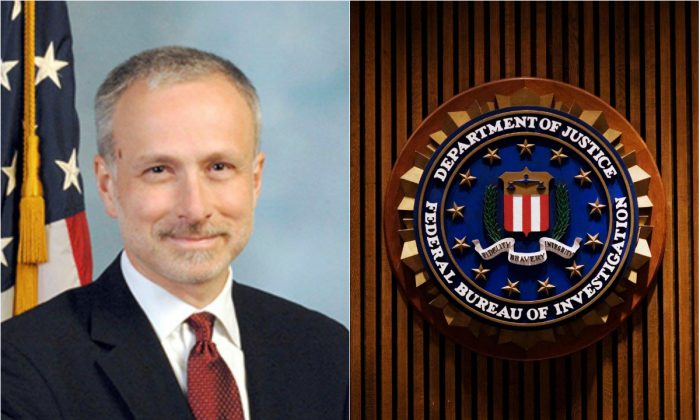 Former top FBI attorney James Baker admitted to House lawmakers in October last year that the investigation into alleged collusion between the Trump 2016 presidential campaign and Russia was riddled with abnormalities.

“I had a jaundiced eye about everything, yes. I had skepticism about all this stuff. I was concerned about all of this. This whole situation was horrible, and it was novel and we were trying to figure out what to do, and it was highly unusual,” Baker told lawmakers.

Baker served as the FBI’s general counsel when the bureau investigated the Trump campaign, and also Hillary Clinton’s use of an unauthorized private email server. During two days of testimony on Oct. 3 and Oct. 18, he told lawmakers that he believed even toward the end of the Clinton investigation that she should have been charged over her “alarming, appalling” mishandling of classified information.

He argued with others, including then-FBI Director James Comey, about the issue all the way toward the end of the investigation, but was ultimately persuaded that Clinton should be exonerated.

“My original belief … after having conducted the investigation and towards the end of it, then sitting down and reading a binder of her materials, I thought that it was alarming, appalling, whatever words I said, and argued with others about why they thought she shouldn’t be charged,” Baker told lawmakers.

As of October 2018, almost two years after the Clinton probe concluded, Baker still believed that the conduct of the former secretary of state and her associates was “appalling,” with regard to the handling of classified information.

As general counsel, Baker advised senior FBI leaders on the legal aspects of key investigations and served as the liaison with the Department of Justice (DOJ). In testimony, he detailed a series of unusual steps he took in the Trump–Russia investigation, including serving as the conduit between Perkins Coie—the firm working for the Clinton 2016 presidential campaign and the Democratic National Committee (DNC)—and the FBI.

Baker left his position as general counsel in early January 2018, and resigned from the FBI in early May 2018.

Baker testified that it was Michael Sussmann, a partner at Perkins Coie, who shared with him information that detailed alleged communications between servers in Trump Tower and servers located in Russia at Alfa Bank—an allegation that eventually was debunked. Sussmann was also the lawyer who spearheaded the handling of the alleged hack of the DNC servers. Baker admitted that it was highly unusual to interact with an outside counsel.

Mr. Jordan: [This] is the first time and to your recollection the only time an outside counsel had information and was wanting to make sure it got to the general counsel of the FBI, and it happened to deal with the Russia investigation.

Mr. Baker: I that that’s correct. Sitting here today, that’s the only one I can remember.

Baker had at least three meetings with Sussmann—the first in person and the following two by phone. During the subsequent meetings, Baker discovered that Sussmann was speaking to the media regarding the same information he shared with Baker.

Baker admitted during his testimony that he knew Sussmann had professional involvement with the DNC.

Baker acknowledged that he soon discovered that Sussmann was also speaking to The New York Times regarding that same information. The FBI later contacted The New York Times and asked the newspaper to hold off on publishing while the bureau investigated the matter.

The information that Sussmann passed to Baker also appeared in the so-called Steele dossier, in a memo dated Sept. 14, 2016. Notably, Sussmann met with Baker five days later, on Sept. 19, 2016. Baker had initially testified he believed the meeting took place sometime before the election. Lawmakers later provided a specific date.

The server and Alfa Bank were investigated by the FBI, and were also the subject of a journalistic investigation by The New York Times. Nothing was found.

The server in question wasn’t operated by the Trump Organization, but “run and managed by Cendyn, a vendor that organizes email marketing campaigns for hotels and resorts,” according to a Nov. 2, 2016, article by Slate. The traffic was simply “mass emails, related to loyalty programs, discount offers, and the like.”

During lawmaker questioning of Baker’s interactions with Mother Jones reporter David Corn, it was revealed that Baker was the subject of an ongoing criminal leak investigation by the DOJ. Baker admitted to having received parts of the Steele dossier from Corn. Baker testified that these sections were different than the ones already in the FBI’s possession.

Mr. Baker: My recollection is that he had part of the dossier, that we had other parts already, and that we got still other parts from other people, and that — and nevertheless some of the parts that David Corn gave us were parts that we did not have from another source.

Baker said he either knew or assumed at the time that Corn had gotten the dossier from Fusion GPS co-founder Glenn Simpson, whom Steele was working for.

Simpson had been hired by the DNC and the Clinton campaign through Perkins Coie to produce the dossier on then-candidate Trump. Former British spy Christopher Steele compiled the dossier, which the FBI later used as the core of the FISA application to spy on Trump campaign adviser Carter Page.

Baker told investigators that he personally reviewed portions of the Page FISA application, adding that this wasn’t something he would usually get involved in. He also admitted that he didn’t review the Woods file, which provides underlying documentation for the accuracy of facts represented in the FISA application.

Baker testified that he told Comey at some point that he thought the FISA “was legally sufficient.” Baker, however, appears not to have been aware of the politicized nature of some the information. He also acknowledged he had only read part of the FISA.

DOJ official Bruce Ohr, who was a key conduit between Steele and the FBI, previously testified to the joint committee that he had informed the bureau of Steele’s anti-Trump bias, and that the dossier was tied to the Clinton campaign and the DNC. Neither fact appeared in the final FISA application before it was approved by the Foreign Intelligence Surveillance Court.

Baker also said that he only became aware of the fact that Ohr’s wife, Nellie Ohr, worked for Fusion GPS—which had also employed Steele—from public reporting.

Mr. Ratcliffe: When did you become aware that the wife of the number four person at the Department of Justice was helping in the creation of the Steele dossier? …

Mr. Baker: To the best of my recollection, I think I learned about that through public reporting.

When asked whether he was aware of Bruce Ohr’s warning to the FBI, Baker responded, “I don’t recall ever hearing that before just right now.” Baker told lawmakers he was aware Ohr served as Steele’s back-channel to the FBI, but said he was unaware, however, that Ohr’s FBI handler, agent Joe Pientka, funneled the intelligence to FBI Deputy Assistant Director Peter Strzok and FBI attorney Lisa Page.

Strzok and Page exchanged dozens of text messages expressing bias against Trump and support for Clinton, while playing key roles on the investigations related to both candidates. The discovery of the text messages led to the removal of Strzok from the Russia investigation by special counsel Robert Mueller.

Baker told lawmakers he ordered an investigation into the messages shortly after reading them.

“I only read like a couple, literally a couple. But that was enough for me to hear, that it freaked me out. And I was worried and I thought we need to get on top of this quickly,” Baker said.

Baker said that, despite an ongoing investigation by the DOJ inspector general, he “consulted with other folks” at the FBI to put together a team to do a review the text messages.

Correction: A previous version of this article incorrectly stated Baker thought his meeting with Michael Sussmann took place after the FISA application on Carter Page was approved. Baker in his testimony said the meeting took place sometime before the election. The Epoch Times regrets the error.