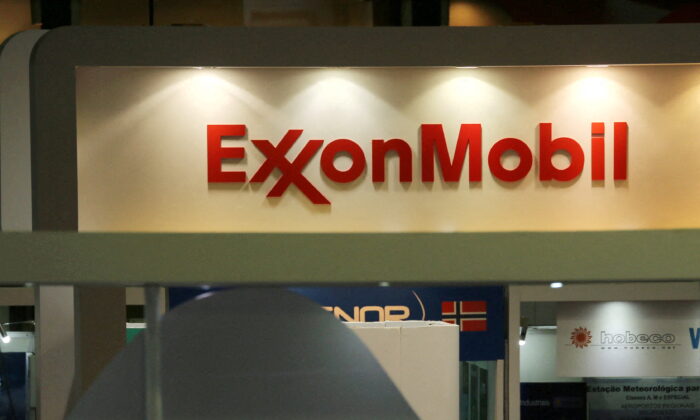 A logo of the Exxon Mobil Corp. is seen at the Rio Oil and Gas Expo and Conference in Rio de Janeiro, on Sept. 24, 2018. (Sergio Moraes/Reuters)
Markets

Exxon Mobil Corporation gapped up almost 3 percent higher on Thursday morning but immediately ran into a group of sellers, which dropped the stock down 1.6 percent at press time.

Brent crude oil prices jumped 8.99 percent to over $105 a barrel at 5 a.m. EST, after Russian troops began a full-scale invasion of Ukraine overnight.

Russia’s aggression against its neighbor will be met with harsh sanctions from the west and because Russia is a top oil producer the sanctions are likely to stiffen the global energy supply. The rise in crude prices will also affect domestic prices and contribute further to the global rising inflation crisis.

Crude oil prices may continue to surge until the market can digest the extent of the economic consequences of this war. If that happens, Exxon Mobil is likely to follow but first, the stock needs to complete its consolidation pattern.

The rise higher paired with the consolidation has settled Exxon into a bull flag pattern on the weekly chart. The stock may also be trading in a bull flag pattern on the daily chart, although the pattern would have more validity in that timeframe if Exxon was holding above the eight-day exponential moving average. On either timeframe, traders can watch for a break up from the flag formation on higher-than-average volume to indicate that the pattern was recognized.

If Exxon continues to trade lower within the flag, the pattern may turn into a falling channel on the daily chart. Just as with a flag, traders can watch for a break up from the upper descending trendline of the channel on higher-than-average volume to take a position. When a stock breaks up bullishly from a falling channel it is a strong reversal signal.

The consolidation into the flag or falling channel pattern was needed to cool Exxon’s relative strength index (RSI), which hit a high of 83 percent on Feb. 1. When a stock’s RSI reaches or exceeds the 70 percent level it becomes overbought, which can be a sell signal for technical traders. Exxon’s RSI has now cooled down to a much more comfortable 50 percent.