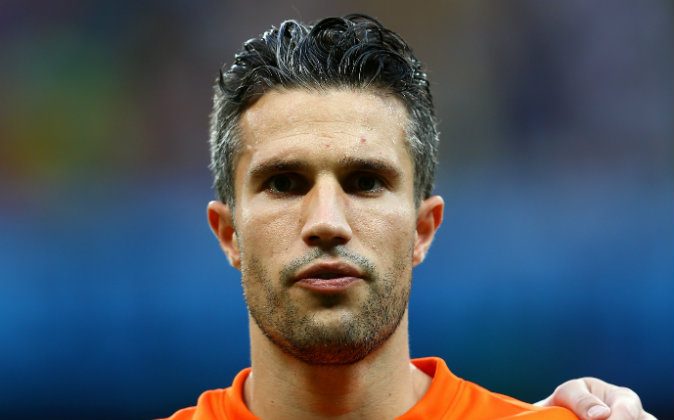 Robin van Persie of the Netherlands looks on during the National Anthem prior to the 2014 FIFA World Cup Brazil Quarter Final match between the Netherlands and Costa Rica at Arena Fonte Nova on July 5, 2014 in Salvador, Brazil. (Photo by Michael Steele/Getty Images)
Sports

Why Does Robin Van Persie Have Grey Hair?

Why does Robin van Persie have grey hair?

Viewers of World Cup 2014 may have spotted streaks of grey at the Dutch striker’s temples, and could be wondering if its some trick of the light.

However, Van Persie revealed in 2013 that his hair is indeed turning white due to the “agony” of not winning much while at Arsenal, according to Metro.

“Not winning titles [at Arsenal] has given me quite some pain and it has made me greyer,” Van Persie said, when asked about what it was like to be close to winning his very first English Premier League title with Manchester United in the 2012/2013 season.

Van Persie would go on to score 30 goals in 48 appearances in all competitions that year, and Man United would win their record 20th Premier League title.