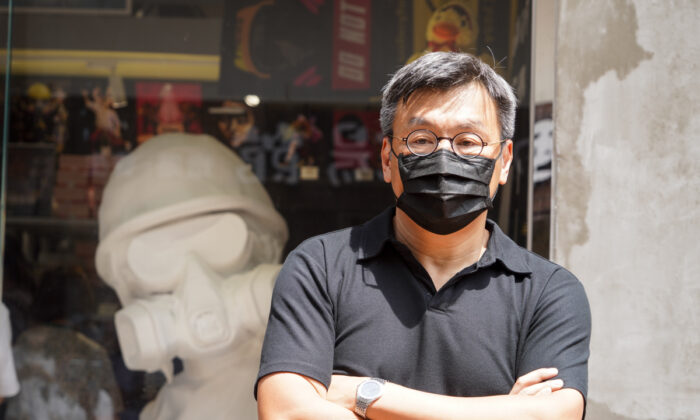 Why Do Leftist Media Lose Support in Hong Kong?

Hans Yeung
Hans Yeung is a former manager at the Hong Kong Examinations and Assessment Authority, specializing in history assessment. He is also a historian specializing in modern Hong Kong and Chinese history. He is the producer and host of programs on Hong Kong history and a columnist for independent media. He now lives in the UK with his family. Email: hku313@gmail.com
View profile
Follow
biggersmaller
Print

Businessman Herbert Chow Siu-lung, founder and CEO of Chickeeduck, who was harassed by reporters from leftist media Wen Wei Po and Ta Kung Pao at the Hong Kong airport when he was about to depart, told Vision Times: “We should find a way to punish Ta Kung Pao and Wen Wei Po. They are much worse than gossip magazines. They survive by harassing people, getting them upset. They should not have existed. They are not qualified as media. Let’s work together to think of some ways to get rid of them one day.”

In my view, Chow’s plea was justifiable. To ordinary Hongkongers, the way the reporters asked their questions at the airport was at best ridiculous. One of them asked, “Mr Chow, you are going into [as a] fugitive and to where?”

As a native Hongkonger, I have never seen a Hong Kong reporter asking about one’s privacy in such a Chinese Communist Party (CCP) shanggang shangxian manner (exaggerating minor issues into something major). Such questioning is intended to provoke the interviewee so that he or she may behave emotionally in front of the camera.

The reporter also said, “We are reporters. We are asking you questions. You have the right not to answer, but we enjoy freedom of press.” As we can see clearly from the footage that the reporters were actually asking their questions without any constraints, they were undoubtedly exercising their freedom of press. The very mentioning of this concept in this scenario reflects the lack of understanding of it, which makes their professionalism questionable.

My personal experience with the leftist media may also prove against their integrity. In the 2020 History Question Incident, in which a Hong Kong Diploma of Secondary Education (HKDSE) History question was eventually invalidated, a well-planned leftist plot against me started one day before the date of the history exam, when online media Dot Dot News and Orange News requested me to explain a friend-only Facebook post on the Japanese invasion of China.

It escalated on the date of the exam, when Wen Wei Po and Ta Kung Pao started to launch a front page attack, accusing the history exam as an attempt to ‘glorify’ the Japanese invasion by associating the exam to my Facebook post.

They also publicised personal details of my family, which was in no way related to the issue.

Behind the persecution was a shameless act that even the Hong Kong Examination Assessment Authority (HKEAA), which knew all the details, was reluctant to comment upon publicly: such news reports were based on information that was made available by hacking and a leak of secret materials. What luck did the leftist media need in picking one out of my thousands of Facebook posts to aim precisely at one of the exam questions?

More importantly, the topic of the question, that is, Sino-Japanese relationship, was never set before in the data-based question paper. No one would expect such a question, and it became a reality only at the strong insistence of the setter.

Skillful question spotting by the leftist media was not a possible explanation of the coincidence, given the seamlessness of how the plot moved on. The persecution required two pre-conditions to materialise. First, the exam papers were leaked before the exam, and the Sino-Japanese relationship exam question was made known to the plotters. Second, all posts from my Facebook were downloaded by the hackers and carefully examined one by one to pick up one that best suited their need.

In fact, on the exam day, I found two hackers still active in my Facebook. Without all these, the persecution plan—which had been probably there at the question setting stage—could not have been possible to escalate in the pro-Beijing camp in just a few days, making use of labels such as ‘Japanese invasion’ and ‘national traitor’ that were their useful strategies to mobilise the Chinese readers.

These papers were seized and turned leftist right before the communists founded their regime in 1949, before which they were renowned national media, especially Ta Kung Pao, which under its ‘4-No-ism’ slogan (no party affiliation, no political endorsement, no self-promotion, no ignorance) earned the Missouri Honor Medal in 1941 in recognition of its professionalism in the difficult time of the Sino-Japanese War.

The paper dared to criticise the government, like any respectable papers do. For example, in 1907 when revolutionary Qiu Jin was caught and executed. Ta Kung Pao did did not call her an “evil rioter” as it called the Hong Kong protesters in 2019; rather, an editorial of it wrote that Qiu as a gentle woman was executed in a “barbarian manner,” and Qing’s behavior, likened to a fierce lion catching a rabbit, was said to be a disgrace to the world of nations.

If they could have upheld the original integrity, practicing the degree of impartiality and professionalism as in the late Qing, how could support to them have been withdrawn? How could their nickname “dog poop paper” have become viral these years?