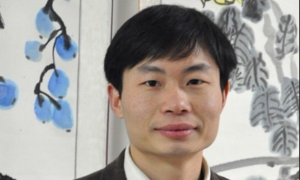 Why Do Chinese Lawyers Bother to Defend Corrupt Officials?

The defendants can be distrustful, the job doesn’t pay, and there is practically no chance of overturning the verdict and sentence. Still, Chinese lawyers show up in court to defend officials accused of corruption—and it’s definitely not for the money.

To date, Chinese leader Xi Jinping’s two and a half year long anti-corruption campaign has seen over a hundred high ranking officials, or “tigers” in official parlance, investigated and charged.

After being subjected to “shuanggui”—the Communist Party’s infamous interrogation and detention system, which often enough involves torture—these officials end up in court, where they are expected to confess their crimes and await sentencing, which usually takes the form of a lengthy jail stint or commuted death sentence.

To go along with the pretense of an open legal system—despite its rhetoric that Chinese courts follow the “rule of law,” the Party still sways decisions for sensitive cases—the court will appoint defense lawyers for the fallen “tigers.”

Most officials accept the attorney assigned to them, while some prefer to engage a well-known lawyer to handle their case, according to Southern Weekly, state-run newspaper with a sometimes liberal bent.

Lawyers in the former scenario will take on the case, but not very willingly, because the lengthy and time consuming proceedings end up affecting their law practice. They are also not well compensated by the state—lawyer Qian Lieyang told Southern Weekly that he only received 2,000 yuan (about $322) for representing former Minister of Railways Liu Zhijun in 2013, including costs for his assistant.

Few lawyers wish to take on corrupt officials cases privately because there isn’t a decent pay cheque awaiting them.

The corrupt officials “could have been rich, but once their assets have been seized, they have no money,” explained lawyer Xu Lanting to Southern Weekly. Even if the official’s family has money, Xu added, they are often hesitant to offer more as it will “only increase suspicion” of corruption for the defendant.

Given a choice, lawyers prefer to be engaged by businessmen accused of corruption, because they can afford legal fees of up to 2 million yuan (about $323,000). In contrast, purged officials can only pay between 50,000 yuan (about $8,054) to hundreds of thousands yuan at the most.

Lawyers who do take on such cases tend to do so for altruistic reasons, they say. Li Fabao, the attorney who was hired to handle former top energy chief Liu Tienan and former head of state companies regulator and China’s largest oil firm Jiang Jiemin, told Southern Weekly he took up the jobs to sharpen his legal skills. Beijing-based lawyer Xu Lanting defends corrupt officials to “bear witness to history,” and feels that the case’s complexity helps enrich lawyers’ understanding of society and the law.

Both private and appointed lawyers go through mountains of paperwork and follow a case for months if the official is high-ranking enough—lawyer Wang Zhaofeng spent half a year handling former Chongqing boss Bo Xilai—and they usually advise the defendant to plead guilty while they fight for a lighter sentence.

Most officials will play along and confess to their crimes—sometimes breaking down dramatically in tears—but there are a stubborn few who eschew legal advice and hold out to the bitter end.

For instance, Wang Huaizhong, the former vice governor of Anhui Province, refused to plead guilty. He received the death sentence.

Song initially refused Zhang, who was his appointed lawyer, but later allowed Zhang to represent him after the attorney said he likely faces the death sentence.

During the court proceedings, Zhang said his client accepted passive bribes, and thus didn’t deserve to be harshly punished. Song, however, against the advice of his attorney, later got up and declared that he took the bribes knowingly. He was given the death sentence—with reprieve.