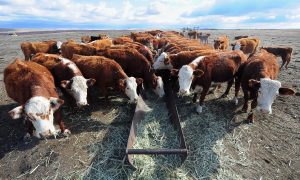 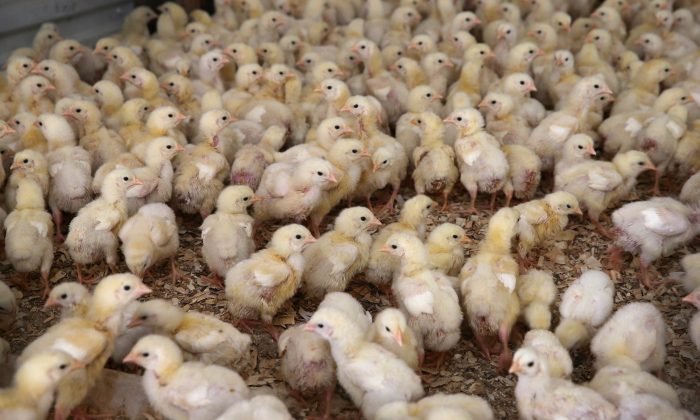 Why Chicken Is the First Meat to Go Antibiotic-Free

Tyson Foods, the world’s largest meat-processing company, announced on April 28 that it would stop using human antibiotics on all its U.S. poultry by September 2017.

The news comes after two major poultry producers, Pilgrim’s Pride Corp. and Perdue Farms, also made commitments to limit their use of antibiotics—primarily for enhancing chicken growth and preventing disease from spreading in crowded living environments.

The move away from antibiotics reflects increasing consumer concerns about animal welfare and the drugs’ potential effect on human health—particularly the creation of antibiotic-resistant “superbugs.”

The move away from antibiotics reflects increasing consumer concerns about animal welfare and the drugs’ potential effect on human health.

A 2012 Consumer Reports survey found that 86 percent of respondents agreed that consumers should be able to purchase meat raised without antibiotics at their local supermarkets. More than 60 percent said they would be willing to pay at least 5 cents more per pound for meat without antibiotics; 37 percent said they would pay a dollar or more extra per pound.

With the country’s three largest chicken producers committing to reducing their antibiotics use, the poultry market may finally be catching up to demand.

But for other meats, such as beef, going completely antibiotic-free can be a bigger challenge.

Compared to beef, the poultry industry has much more streamlined production operations: 40 chicken-processing companies contract with the approximately 29,500 family farms in the country that raise chickens. The companies monitor each step of the way as chickens are raised and processed, according to the National Chicken Council.

With beef, there are 687,540 farms classified as beef cattle operations, making cattle farms the biggest sector of U.S. agriculture.

The production process is more complicated: farms first breed the cattle. After they are weaned, the calves are sold at auctions to beef producers. The cattle are fed and fattened at feedlots, and then finally they are sent to slaughterhouses to be processed into beef, according to the Cattlemen’s Beef Board.

The board estimates there are more than 1 million beef producers in the country. Ensuring that antibiotics aren’t used at each step of beef production may prove difficult.

Already, the demand for antibiotic-free beef has outpaced supply. In 2014, the Mexican restaurant chain Chipotle announced that it would start sourcing its antibiotic- and hormone-free beef from ranches in south Australia, because they couldn’t find enough American ranchers that met the restaurant’s standards for responsible cattle-raising.

Antibiotic-free meat still accounts for only a small fraction of the total meat market—less than 5 percent of total U.S. meat sales, according to a 2014 study by the Natural Resources Defense Council.

But with the increased availability of antibiotic-free chicken—Pilgrim’s Pride said it would eliminate antibiotic use from a quarter of its chicken production by 2019, and Perdue announced last September that it stopped using antibiotics in their chicken hatcheries—perhaps that number will go up.

Tyson Foods also said it will work with its other meat suppliers to reduce using antibiotics on cattle, pig, and turkey farms.