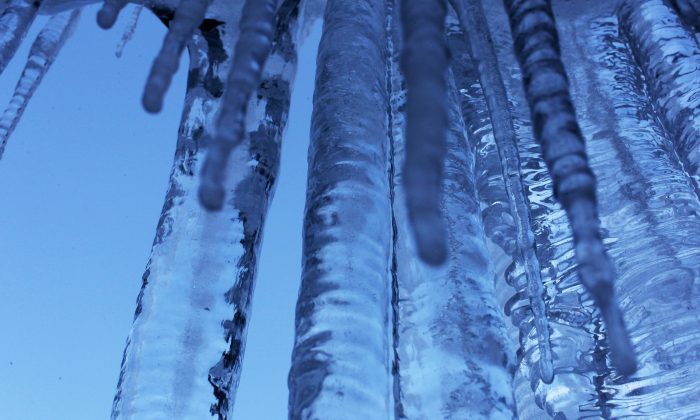 Icicles hang from a roof on Jan. 11, 2012 at Fernpass mountain pass near Reutte, Austria. (Johannes Simon/Getty Images)
Good to Know

How Water Purity Affects the Formation of Icicles

Morris said it may seem a trivial matter, but ice formation impacts aviation and other vital operations. He and a team of researchers at the University of Toronto in Canada have discovered why some icicles are formed with ridges while others are smooth.

It was previously thought this had to do with the water’s surface tension—this tension allows small insects to walk on water, for example. As it turns out, the purity of the water is the determining factor.

Here’s a video of three icicles forming. All three were grown “under identical conditions of ambient temperature, water supply rate, and nozzle temperature,” explained Morris. The first is grown with distilled water, the second with some salt, and the third with more salt.

Morris’s study appeared in the  New Journal of Physics on Sept. 17.