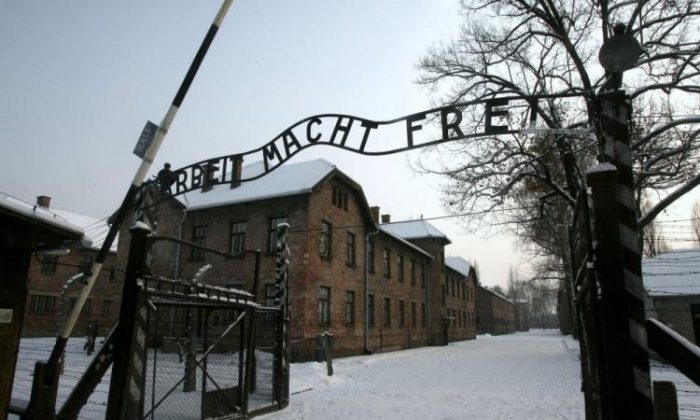 Whoopi Goldberg Apologizes for Saying the Holocaust Was ‘Not About Race’

“The View” co-host Whoopi Goldberg has apologized for her widely criticized remark that the Holocaust was “not about race.”

Facing a social media outcry over her take on the mass genocide of six million Jews, Goldberg released a statement Monday evening, apologizing for the “hurt” she had caused.

“On Today’s show, I said the Holocaust ‘is not about race, but about man’s inhumanity to man.’ I should have said it is about both,” Goldberg wrote. “As Jonathan Greenblatt from the Anti-Defamation League shared, ‘The Holocaust was about the Nazi’s systematic annihilation of the Jewish people—who they deemed to be an inferior race.’ I stand corrected.”

Goldberg first argued that the Holocaust went beyond race during a discussion on “The View” about a Tennessee school district’s decision to pull from its 8th-grade curriculum the graphic memoir “Maus,” which depicts author Art Spiegelman learning his Polish Jew parents’ experiences in the Auschwitz death camp, and famously portrays the Jews as mice, Germans as cats, and Poles as pigs.

Although the removal has been widely reported as a permanent ban on the Pulitzer Prize-winning classic, members of the McMinn County School Board explicitly said during the board meeting (pdf) that they wanted to find a better book to teach the Holocaust, and that they would reinstate Maus to the required reading list for 8th graders if they don’t find a good alternative.

Despite the fact that neither Maus nor any other Holocaust book has been actually banned at McMinn County Schools, the discussion turned to an alleged conservative-led effort to prevent certain parts of history about race and racism from being taught in classrooms.

“If you’re going to do this, then let’s be truthful about it because the Holocaust isn’t about race,” Goldberg asserted, to which co-host Ana Navarro disagreed, saying that the Holocaust was about “white supremacy” and “going after Jews and Gypsies.”

“But these are two groups of white people,” Goldberg told Navarro. “You’re missing the point. The minute you turn it into race, it goes down this alley. Let’s talk about it for what it is. It’s how people treat each other. It’s a problem. It doesn’t matter if you’re black or white because black, white, Jews, Italians, everybody eats each other.”

According to the United States Holocaust Memorial Museum, the Nazi regime did define Jews as a “race.” Embracing a social Darwinist “survival of the fittest” view on human society, the Nazis attributed a wide variety of negative stereotypes about Jews to an unchanging, biologically determined heritage that supposedly drove the “Jewish race” to struggle to survive by expansion at the expense of other races.