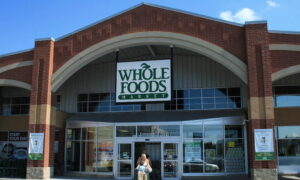 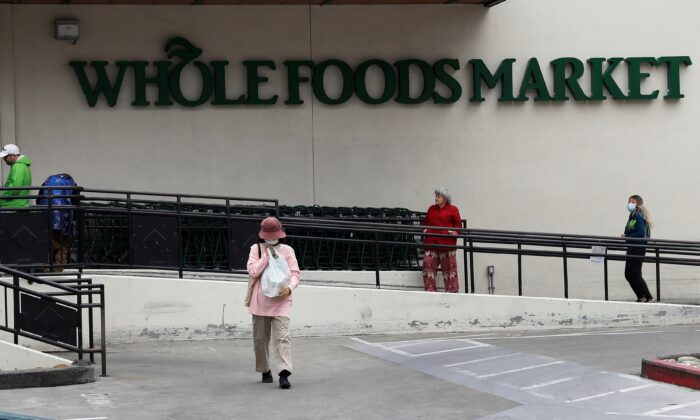 People wait in line practicing social distance at a Whole Foods Market amid an outbreak of the coronavirus disease (COVID-19), in San Francisco, California, U.S. on March 31, 2020. (Shannon Stapleton/Reuters)
Companies

Whole Foods Must Face Lawsuit Over Its Honey Graham Crackers

U.S. District Judge Gregory Woods said Chandra Campbell plausibly alleged that the words “Honey” and “Graham” on the box misled reasonable consumers into thinking that the crackers contained more healthy whole grain flour than non-whole grain flour, and that honey rather than sugar was the main sweetener.

“It is not implausible that consumers would understand the words on the box to say what they mean,” Woods wrote in a 31-page decision. The box also shows a honey dipper in a bowl of honey.

Whole Foods and its lawyers did not immediately respond to requests for comment.

The chain, part of Amazon.com Inc, has said Campbell was being “unreasonably literal,” and could have checked the ingredient list on the back if she were unsure.

He dismissed fraud and negligence claims, and said the Manhattan resident lacked standing to demand packaging changes because she now knew what was in the crackers and would not buy them.

In letting the case proceed, Woods cited a 2018 federal appeals court’s revival of a lawsuit against Kellogg Co for labeling Cheez-Its as “whole grain” when the primary grain content was enriched white flour.

Woods also wrote that before the case began, “this judge did not know that the ‘graham’ in graham cracker referred to a type of flour: the crackers might have been named after a famous person named Graham, in the way that Peach Melba and Melba Toast were named after an opera singer,” Australia’s Nellie Melba.

Campbell’s lawyer Spencer Sheehan said he welcomed the rulings in her favor. Sheehan has filed many lawsuits accusing companies of mislabeling products.