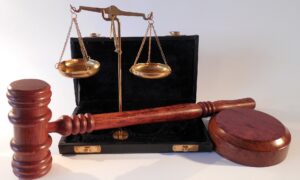 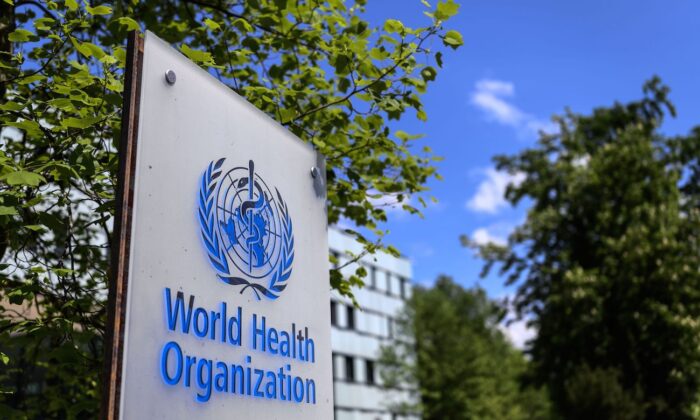 A sign of the World Health Organization in Geneva, Switzerland, on April 24, 2020. (Fabrice Coffrini/AFP via Getty Images)
Pandemic Ties to CCP

The World Health Organisation (WHO) on Aug. 12 urged China to share raw data from the earliest COVID-19 cases, saying it is “vitally important to know how the COVID-19 pandemic began” and to set an example for establishing the origins of all future animal-human spillover events.

In a statement on Thursday, the WHO repeatedly stressed the importance of uncovering the origins of the virus, first detected in the Chinese city of Wuhan in December 2019, and called for the provision of “all data and access required so that the next series of studies can be commenced as soon as possible.”

In March, researchers said that the virus had probably been transmitted from bats to humans through another animal and that “introduction through a laboratory incident was considered to be an extremely unlikely pathway.”

However, a number of countries, including the United States, and some scientists questioned the findings, with critics noting that the Chinese communist regime had a significant role in their investigation and accused them of again engaging in a cover-up.

In July, WHO Director-General Tedros Adhanom Ghebreyesus told reporters that investigations into the origins of the COVID-19 pandemic in China were being hampered by the lack of raw data on the first days of spread there and urged it to be more transparent.

Meanwhile, Danish scientist Peter Ben Embarek, who led the international mission to Wuhan, said a lab employee infected while taking samples in the field falls under one of the likely hypotheses as to how the virus passed from bats to humans.

The agency called for a follow-up probe into the origins of the virus, including further studies in China along with lab audits, which Chinese officials have recently rejected.

“Following the publication of the WHO-China joint report of the phase one studies on the origins of the SARS-CoV-2 virus in March 2021, WHO has outlined the next series of studies that need to be undertaken and continues to be in discussions with Member States and experts on next steps,” the WHO wrote in its statement on Thursday.

“To move forward, WHO calls for all governments to depoliticize the situation and cooperate to accelerate the origins studies, and importantly to work together to develop a common framework for future emerging pathogens of pandemic potential.”

The organization reiterated that the search for the origins of the virus “should not be an exercise in attributing blame, finger-pointing or political point-scoring” adding that “access to data is critically important for evolving our understanding of science and should not be politicised in any way.”

The WHO said it is working with a number of countries that have reported detection of SARS-CoV-2 in samples from stored biological specimens from 2019, including in Italy, where it facilitated an independent evaluation by international laboratories of the findings of one such study, which included the blind retesting of pre-pandemic blood samples.

“Sharing raw data and giving permission for the retesting of samples in labs outside of Italy reflects scientific solidarity at its best and is no different from what we encourage all countries, including China, to support so that we can advance the studies of the origins quickly and effectively,” the WHO said.

The organization also noted that China and other member states have suggested that the “origins study has been politicised, or that WHO has acted due to political pressure.”

In response to this, the WHO said it has reviewed the phase one study report and determined that there was “insufficient scientific evidence to rule any of the hypotheses out,” specifically in relation to the lab-leak theory.

“It is important to have access to all data and consider scientific best practice and look at the mechanisms WHO already has in place,” the agency wrote. “WHO is only focused on science, providing solutions and building solidarity.”

“Analysing and improving lab safety and protocols in all laboratories around the world, including in China, is important for our collective biosafety and security.”

Chinese officials have rejected the notion that the virus came from a lab and have insisted it made a natural jump from animals to humans.

On Friday, China also rejected the World Health Organization’s renewed calls for raw data into the virus origins, saying it supported “scientific” over “political” efforts to find out how the virus started.

“The conclusions and recommendations of WHO and China joint report were recognized by the international community and the scientific community,” he said.

“Future global traceability work should and can only be further carried out on the basis of this report, rather than starting a new one.”