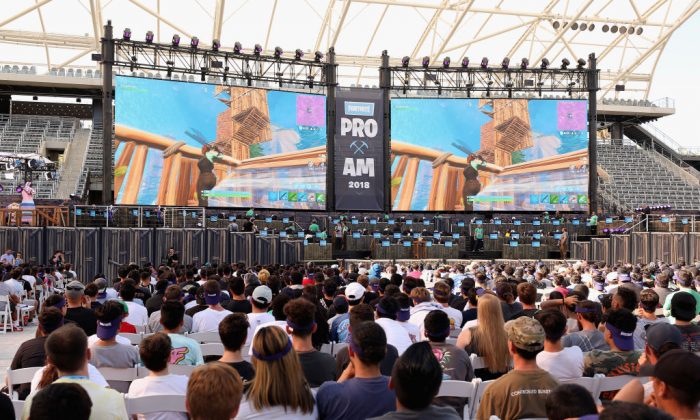 WHO Lists Gaming Disorders as a Mental Health Condition

Things just got real for video-game addicts. The World Health Organization (WHO) said on June 18 that gamers who are “characterized by impaired control over gaming” now qualify as suffering from a mental health condition, according to its latest International Classification of Diseases (ICD-11).

The recent revision lists the disorder as a separate condition that will “result in the increased attention of health professionals to the risks of development of this disorder.”

The gaming industry is a massive market: Just last year, the U.S. video gaming industry generated a record $36 billion in revenue, up 18 percent from 2016, according to recent data from the Entertainment Software Association (ESA). According to the ESA, there are currently about 2.6 billion gamers in the world, and the industry is predicted to grow further within the next few years.

The latest hit game, “Fortnite,” which boasts having 125 million players who compete and battle each other in order to be the last one standing, reportedly earned $296 million in April across consoles, PC, and mobile, according to Super Data Research.

The classification could help to identify those who are hooked on video games, as addicted young gamers often don’t seek help for themselves, according to researchers. The ICD is the basis for identifying global health trends and statistics and helps health professionals share information.

“We come across parents who are distraught, not only because they’re seeing their child drop out of school, but because they’re seeing an entire family structure fall apart,” Dr. Henrietta Bowden-Jones, a spokeswoman for behavioral addictions at Britain’s Royal College of Psychiatrists, told The Associated Press.

In order for a video-gaming disorder to be diagnosed, the behavior pattern must be of “sufficient severity” in order to result in major detrimental effects in personal, family, social, educational, occupational or other vital areas of functioning. The WHO states that the disorder would usually have to be evident for “at least 12 months.”

The U.N. health agency said that the addition of gaming disorders in the ICD-11 would also help to further treatment strategies, and experts agree.

“Video gaming is like a non-financial kind of gambling from a psychological point of view,” Mark Griffiths, a distinguished professor of behavioral addiction at Nottingham Trent University told the Associated Press. “Gamblers use money as a way of keeping score whereas gamers use points.”

The new classification comes amid the ongoing debate on the link between gun violence and video games. Some critics have said video games that expose children to violence, such as Fortnite, have links to aggression and desensitization. One such critic, President Donald Trump, has long believed that games can instill violent thoughts in the minds of young people and wants industry leaders to address the issue.

“Video game violence & glorification must be stopped—it is creating monsters!” Trump wrote in a tweet back in 2012.

In March this year, Trump joined in a meeting of politicians, video game executives, and critics as part of a wide-ranging effort to find possible solutions to combat violence in schools, in the wake of the mass shooting at a school in Parkland, Florida.

Today, President Trump participated in a roundtable with Congressional leaders and video game industry leaders in the Roosevelt Room at the White House.

Two out of three American households have someone who plays video games regularly and approximately 97 percent of children aged 12 to 17 play video games. More than half of the 50 top-selling games are violent, according to ProCon.org.

“Today’s meeting was an opportunity to learn and hear from different sides about concerns and possible solutions to violence in schools,” Congresswoman Vicky Hartzler (R-Mo.) said in a prepared statement following the meeting. “I believe significant progress was made today, and my hope is that we can build on this progress in the future.”

At least 14 mass school shooters have been linked to playing violent video games. While there is no convicted felon on record admitting that video games incited his or her violence, more than 1,000 studies conducted over the course of three decades show that violent video games correlate to an increase in aggression and anger.

“The conclusion of the public health community, based on over 30 years of research, is that viewing entertainment violence can lead to increases in aggressive attitudes, values, and behavior, particularly in children,” the reviewers wrote.

As a result of similar findings, the American Psychological Association called on video game makers to design games that have an increased amount of parental controls that limit the amount of violent content.

The attendees at the March meeting with Trump included: the CEO of Rockstar Games, who produced the game “Grand Theft Auto”; the CEO of the Entertainment Software Association, a trade association serving video game makers; the president of the Entertainment Software Rating Board, which rates video games for violence and explicit content; and Lt. Col. Dave Grossman, the author of “Assassination Generation: Video Games, Aggression, and the Psychology of Killing.”

The meeting is expected to be the first of many related to the video gaming industry.