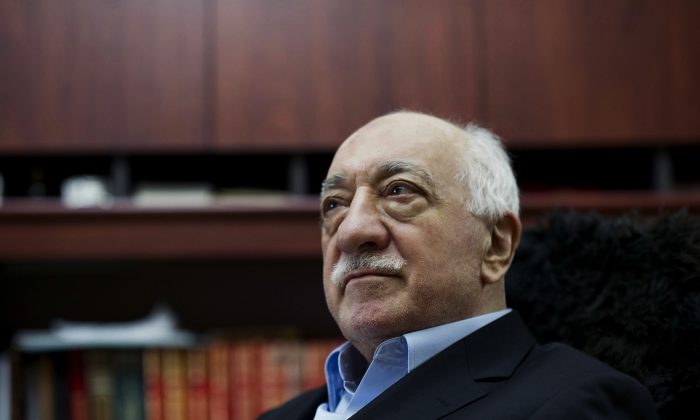 The 75-year old Turkish cleric Fethullah Gulen was not well known outside of Turkey. However, he is now under the spotlight after Turkish President Recep Tayyip Erdogan announced that Gulen and his followers were behind the attempted coup on July 15 that rocked the country.

Trained as an imam, Fethullah Gulen gained notice in Turkey in the 1960s, promoting a philosophy that blended a moderate form of Islam with education and interfaith dialogue. His supporters started 1,000 schools in more than 100 countries, including about 150 taxpayer-funded charter schools throughout the United States.

In Turkey, Gulen and his followers used to run universities, hospitals, charities, a bank, and a large media empire with newspapers, radio, and TV stations.

Gulen has lived in self-imposed exile in Pennsylvania since 1999. In 2000, he was accused of setting up an illegal organization to undermine the secular foundations of the Turkish Republic. When Erdogan came to power in 2002, they worked together to change the secularist order of the state.

Gulen helped Erdogan consolidate his power in his early years of rule. Gulen supporters had a strong foothold in government institutions and were thus able to influence public policy.

Gulenists also backed high-profile political trials known as Ergenekon and Sledgehammer that targeted common enemies of both Gulen and Erdogan inside the military and other state organizations. Together, they diminished the power of the military by going after prominent generals and judges.

The conflict between Erdogan and Gulen started a few years ago due to differing views on foreign policy. The tension peaked in 2013 with a disagreement over the state’s closure of university-preparation schools and other education centers, which were main sources of income for Gulen and his followers.

Erdogan accused Gulen of orchestrating the ‘Gezi Park’ movement, an anti-government protest in 2013. The president also blamed him for leading anti-government conspiracies against like the corruption scandal in 2014, involving Erdogan’s family members and members of his inner circle.

Erdogan has declared war against the Gulen movement or the “parallel structure” as he called it. Turkish authorities took over Gulen’s assets in Turkey including the bank. The government started dismissing Gulen supporters from the judiciary, the police, the military, and other state organizations. Erdogan later called the group a “terrorist organization.”

Fethullah Gulen has denied being behind the attempted coup in Turkey.

“I condemn, in the strongest terms, the attempted military coup in Turkey,” he stated on Alliance for Shares Values website on July 15.

“As someone who suffered under multiple military coups during the past five decades, it is especially insulting to be accused of having any link to such an attempt. I categorically deny such accusations.”