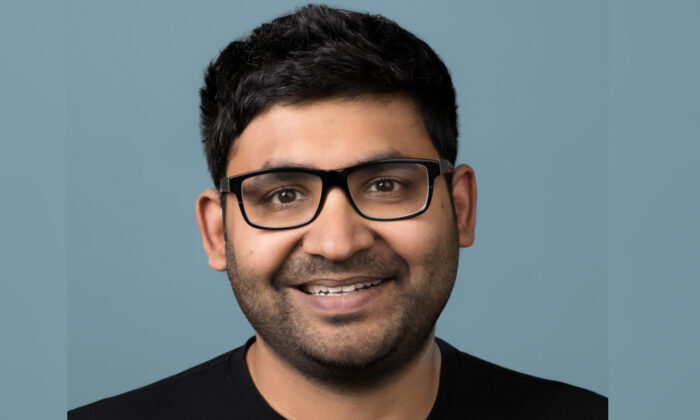 Parag Agrawal poses for a picture in a file photo. (Ellian Raffoul/Courtesy of Twitter via AP)
Companies

With Jack Dorsey exiting the chief executive’s role at Twitter, the company’s board of directors unanimously voted to name Parag Agrawal as CEO and a member of the board, effective immediately.

But for many people who are not actively following the company, the response to the news might have been “Parag Who?”

The Indian-born Agrawal received his Bachelor’s in Technology from IIT Bombay and a Master’s in Science and Ph.D. from Stanford University in California. Agrawal held research intern positions at Microsoft, Yahoo! and AT&T Labs prior to joining Twitter in October 2011 as an advertisements engineer.

He worked his way through the ranks to distinguished software engineer before he was tapped to replace Adam Massinger as chief technology officer in October 2017, although the company did not publicly announce that promotion until March 2018.

In December 2019, Agrawal was in the news when Dorsey put him in charge of its decentralized social network (DSN) initiative called BlueSky. When previewing BlueSky, Dorsey envisioned Twitter would “ultimately be a client of this standard.”

In announcing Agrawal’s appointment, Dorsey stated, “My trust in Parag as Twitter’s CEO is deep. His work over the past 10 years has been transformational. I’m deeply grateful for his skill, heart, and soul. It’s his time to lead.”

But who is he?

As a C-suite executive for one of the world’s most prominent tech companies, Agrawal has been something of a mystery. He has not given interviews in his CTO role and there are relatively few details about his personal life online, such as his date and city of birth. His Twitter account is almost entirely focused on his place of employment and his Instagram page has not been updated since 2017.

Several news sites place Agrawal’s net worth at $1.52 million, although the sourcing for that figure is unclear.

According to the UrbanWomanMag.com website, Agrawal is married to Vineeta Agarwala, who holds an M.D. and Ph.D. and is a general partner at Andreessen Horowitz, where she leads investments for the firm’s bio fund across therapeutics, diagnostics, and digital health.

In accepting the CEO job, Agrawal acknowledged in a memo to the Twitter workforce that he is less famous than his high-profile predecessor.

“I recognize that some of you know me well, some just a little, and some not at all,” he wrote. “Let’s consider ourselves at the beginning—the first steps towards our future.”

Agrawal is known to Elliott Investment Management, a stakeholder that sought to oust Dorsey last year by raising concerns about his ability to simultaneously run Twitter and Square. The company issued a statement on behalf of Managing Partner Jesse Cohn and Senior Portfolio Manager Marc Steinberg that praised both Agrawal’s appointment and the appointment of Salesforce President and Chief Operating Officer Bret Taylor as the new board chairman.

“Having gotten to know both incoming Chairman Bret Taylor and incoming CEO Parag Agrawal, we are confident that they are the right leaders for Twitter at this pivotal moment for the company,” the statement said.