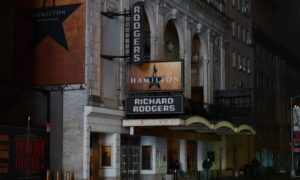 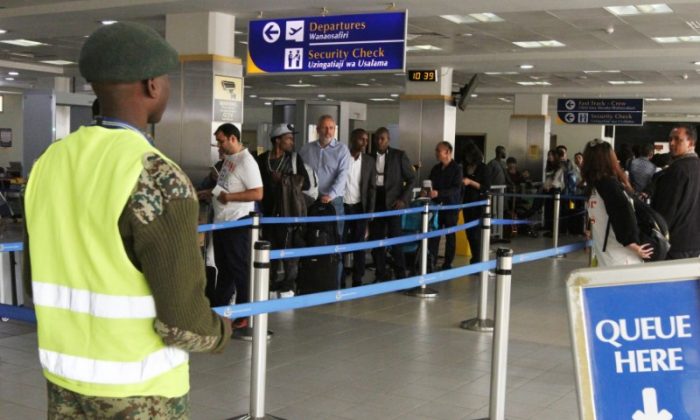 Travellers queue to be screened after the Kenya Airports Authority installed health devices to screen for Ebola outbreak at the Jomo Kenyatta airport in Nairobi, Kenya May 11, 2018. (REUTERS/Stringer)
World

GENEVA—The World Health Organization said on Friday it hopes to deploy an experimental Ebola vaccine to tackle an outbreak in a remote area of Congo to prevent it spreading, particularly to the provincial capital of 1 million people.

Congo reported the outbreak on Tuesday, with 32 suspected, probable or confirmed cases of the disease since April 4, including 18 deaths. A new suspected case was reported on Friday.

The WHO is moving quickly, having been criticised for bungling its response to a 2014-2016 outbreak that killed more than 11,300 people in Guinea, Sierra Leone and Liberia.

“We are very concerned and planning for all scenarios, including the worst case scenario,” Peter Salama, WHO’s Deputy Director-General of Emergency Preparedness and Response, told a regular U.N. briefing in Geneva.

The outbreak area is 15 hours by motorbike from the closest town and has “absolutely dire” infrastructure, Salama said, so the WHO wants to send in 20-40 experts by helicopter this weekend and then clear an airstrip for more supplies.

The immediate risk was to the provincial capital Mbandaka, with about 1 million inhabitants, but Congo’s nine neighbours have also been put on high alert in case the disease crossed a border, especially by river to the Republic of Congo or Central African Republic.

Gambia, Guinea and Nigeria have already said they are taking steps to ensure the virus does not spread, and Kenya’s Health Ministry said on Friday it would bolster screening of travellers with thermo scanners at airports.

Normally a remote setting would reduce the chance of the disease spreading. But already there are three separate locations covering 60 km (37 miles) or more, and some of the victims were healthcare workers, potentially “an amplification factor” for outbreaks, Salama said.

The local culture, with traditional healers and communal burials where there was close contact with the deceased, could cause “super-spreading” of Ebola, which kills up to 90 percent of sufferers, he said.

Salama said he spoke to Congo’s Health Minister Oly Ilunga on Thursday and hoped to get approval within days to use a vaccine developed by Merck in 2016.

“This is a highly complicated, sophisticated operation in one of the most difficult terrains on earth,” Salama said.

It can be used to protect people who have had contact with Ebola victims, stopping the spread of disease, but that requires intensive contact tracing, which Salama said could take a week or two just for the cases already documented.

Ilunga said on Thursday that the risk to urban areas and cases among healthcare workers made the outbreak worrisome, and that health workers might be the priority for vaccination.

Salama said that WHO was preparing for the green light and hoped to have a mobile laboratory operational over the weekend, and that both WHO and the medical charity Medecins Sans Frontieres already had a team on the ground.

Salama also said there was no evidence of a link between the outbreak and eight deaths that occurred in January and February in the same area, which had not been confirmed as Ebola.