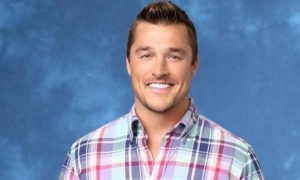 Filming for the next season of The Bachelor is over and Chris Soules has gotten engaged to the winner, according to the latest spoilers.

The Bachelor season 19, also known as The Bachelor 2015, is set to premiere in early January.

The season stayed in the United States most of the time, including Iowa, where Chris has a farm.

Whitney Bischoff, who allegedly wins, is a 29-year-old nurse who lives in Chicago and works at the Fertility Centers of Illinois.

Reality Steve says that Bischoff beat out Becca Tilley, a 26-year-old who lives in San Diego.

The final rose ceremony was at a barn owned by Chris’ parents in Lamont, Iowa.

Steve has not published information about how the final rose ceremony went down, but did say that both Whitney and Becca were there.

“Chris did not let one of them go early. Which in case you didn’t know, really never happens on the Bachelor. They pretty much ALWAYS bring both girls to the final rose ceremony so one of them can get dumped on their ass for America to see,” he said.

“It’s the Bachelorette where they let the lead tell one of the guys early she’s made her decision.”

Steve says that the next Bachelorette will likely not be Becca, but instead be a woman who didn’t even make the final four, Britt Nilson.

The model/actress is currently from Michigan but living and working in Los Angeles.