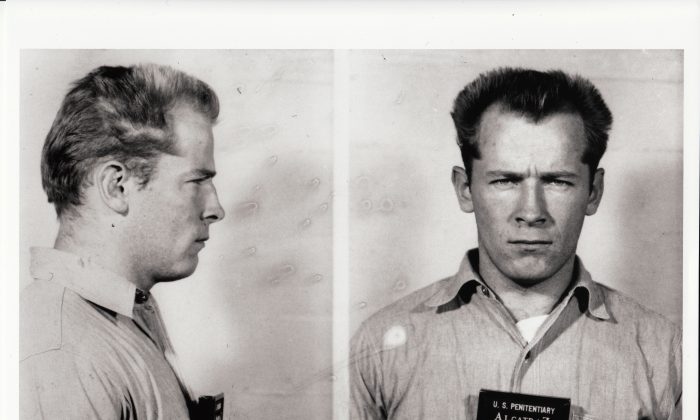 ‘Whitey’: The US Versus Public Enemy No. 2

Between James J. “Whitey” Bulger, who was the leader of the Winter Hill Gang, and his brother, former Massachusetts Senate President William M. Bulger, the Brothers Bulger long ruled Boston from both ends of the law.

Bulger the politician was never implicated in his brother’s crimes, but his refusal to reveal communications received from the fugitive James J. effectively ended his public career.

However, it now seems Whitey Bulger had such highly placed protectors in the FBI that he would not have needed much help from his brother. Joe Berlinger documents the revelations and controversies that emerged during Bulger’s highly anticipated trial in “Whitey: United States of America v. James J. Bulger.”

You will not hear the name William Bulger much in Berlinger’s “Whitey,” nor hear from probably the brothers’ greatest media critic, the defiant radio talk show host Howie Carr.

However, viewers will hear an awful lot from the titular Bulger. Indeed, Berlinger features extensive telephone interviews with the convicted murderer, presented sans rebuttal. Frankly, it is rather strange the extent to which Berlinger adopts Bulger’s narrative as the film’s own—so much so, one almost expect him to receive a writing credit.

Of course, Bulger’s guilt is never in question. Instead, Bulger’s general defense strategy is to cloud the issue as much as possible, while causing maximum discomfort for the Feds.

The central issue is whether Bulger really served as a government informant, dropping dimes on the competition, or if the late U.S. Attorney granted him immunity in exchange for protection from the Italian mafia instead.

While Berlinger’s editorial tone almost slides into Bulger apologetics, he is always scrupulously sensitive when dealing with victims and their family members. Tragically, the filmmakers faced a shocking challenge when Stephen Rakes, one of the potential witnesses they were following through the trial, was dramatically murdered. Supposedly, it turned out to be an unrelated case, but there is a note of skepticism detectable in the documentary—for good reason.

Berlinger and his assembled talking heads leave no doubt in viewers’ minds that a corrupt echelon in the FBI protected Bulger for no legitimate law enforcement reason. They are morally complicit in several murders—and perhaps legally complicit too. They also helped ruin the sport of jai alai for the rest of us, which is one of the film’s most intriguing episodes that could have been explored further (and perhaps was in the longer Sundance cut).

In fact, Berlinger’s “Whitey” somewhat rights itself when it becomes a conscious and deliberate vindication of Special Agent Robert Fitzpatrick, who tried to sever agency ties to the mobster. (Full disclosure, my house published Fitzpatrick’s book, but we have never met.)

“Whitey” will once more shake viewers’ depleted faith in the federal government, while chronicling some morbidly fascinating criminal history. However, it has a tendency to lose sight of the forest for the trees.

The actions of Bulger’s handlers were badly misguided and downright criminal, but he remains the worst of the lot. The resulting documentary holds one’s rapt attention, but it leaves you feeling a little queasy, as if you have been getting an earful from Bulger himself (which is sort of the case).