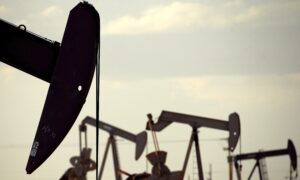 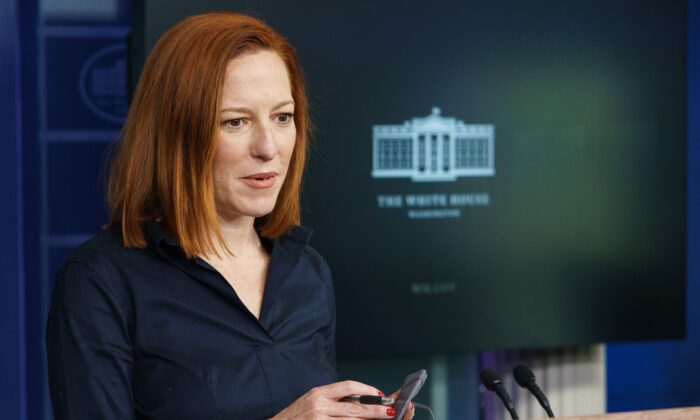 The White House on March 4 sidestepped questions about whether President Joe Biden was doing anything to curb rising gas prices, as those in the industry warn that motorists might face $3 per gallon in a matter of weeks.

A reporter at the daily briefing asked White House press secretary Jen Psaki whether Biden was planning to intervene on the rising prices. Tech company GasBuddy, which tracks fuel prices, warned on March 4 that the national average “may breach $3 per gallon by Memorial Day after OPEC’s meeting today closed with no meaningful increase in oil production,” referring to the Organization of the Petroleum Exporting Countries.

“I don’t have anything on that to preview for you,” Psaki told the reporter.

“There’s been a lot of reporting on what kind of relief would come out of the American Rescue plan, something that can help address a range of issues the American people are having, whether its the cost of gas or it’s the concern about getting food on the table.”

Psaki then laid out a number of statistics she said highlighted how Americans will benefit from the $1.9 trillion economic stimulus package proposed by the president. One of the points, she said during the briefing, was that under the Senate version of the bill “158.5 million households are going to receive direct payments—that’s 98 percent of the households who received them in December.”

Biden and Senate Democrats reached a deal on key provisions of the COVID-19 relief bill on March 3 that will keep the pandemic unemployment benefit top-up at $400 through August, while eligibility thresholds for the $1,400 direct payments to American families will be tighter.

The last time the national average for gas prices reached the $3 threshold was in 2014, according to GasBuddy.

“Much of the reason oil prices have their strongest chance to reach $3 in years comes due to OPEC’s delay in raising production to meet the global rise in demand,” it said in a statement. “As vaccines have spread country to country, demand for oil has rebounded notably.”

GasBuddy noted that that the organization’s large cuts to oil production in 2020 “will generally be extended.”

Patrick De Haan, head of petroleum analysis at GasBuddy, in a statement: “The outcome of today’s OPEC meeting lends to a running of the bulls in oil markets, as global oil demand rebounds amidst recovery in the COVID-19 pandemic while OPEC, which controls a third of global production, balks at the recovery and maintains extreme production cuts.”