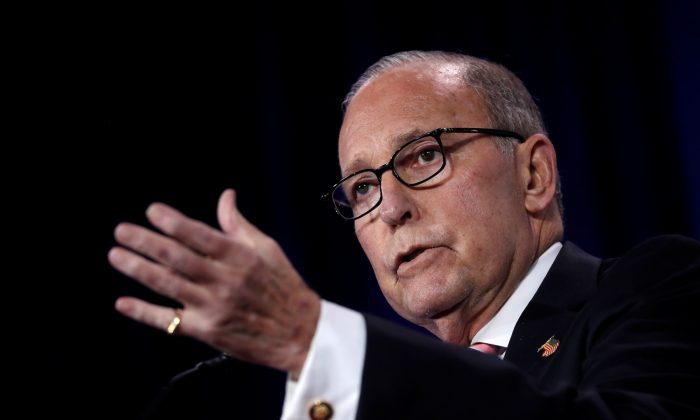 “As I read it, it looks like there will be a trip to China and we expect, we hope strongly that China will very soon start buying agriculture products, No. 1 as part of an overall deal and No. 2 as a goodwill gesture,” Kudlow told reporters at the White House.

U.S. President Donald Trump agreed during a meeting with Chinese leader Xi Jinping last month to hold off on imposing tariffs on the remaining $300 billion in Chinese imports while talks resumed. Kudlow said the Chinese agriculture purchases expected in return had not occurred but that could change soon.

“We haven’t had a guarantee of that, but I wouldn’t be surprised if we saw a lot of positive news on that coming up,” he said. “I’m going to strike a note of hopefulness.”

The world’s two largest economies have been seeking to kick-start stalled negotiations to end a yearlong trade war. Top U.S. and Chinese officials have talked by telephone, but no dates for a U.S. visit to Beijing have been released.

Trump on Tuesday said China was paying “billions and billions of dollars” to the United States, and touted help the U.S. government has provided to farmers hit by the trade war.

“We’ll see whether or not we make a deal,” with China, he said at an event in Washington.

By Andrea Shalal and Susan Heavey