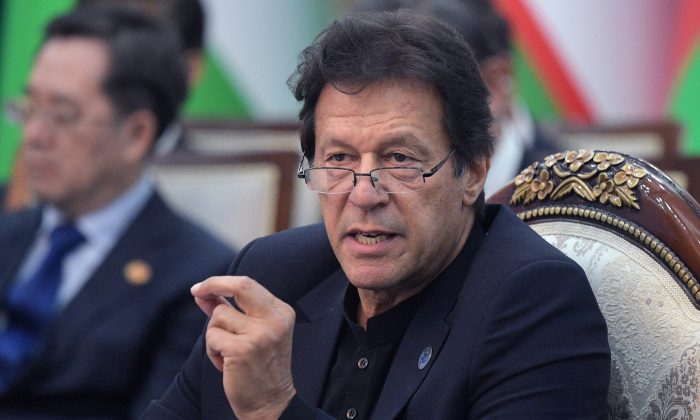 The White House will also ask Khan to help Washington reach a permanent ceasefire with the Taliban in Afghanistan.

“The purpose of the visit is to press for concrete cooperation from Pakistan to advance the Afghanistan peace process and to encourage Pakistan to deepen and sustain its recent effort to crack down on militants and terrorists within its territory,” the senior administration official said.

“We also want to message to Pakistan that the door is open to repairing relations and building an enduring partnership if Pakistan changes its policies with regard to terrorists and militants,” the official added.

In January last year, the U.S. Department of State withdrew $900 million in security aid from Pakistan until it takes concrete action against the Taliban and the Haqqani network terrorist groups.

“The United States has foolishly given Pakistan more than 33 billion dollars in aid over the last 15 years, and they have given us nothing but lies & deceit, thinking of our leaders as fools. They give safe haven to the terrorists we hunt in Afghanistan, with little help. No more!” President Donald Trump wrote on Twitter on Jan. 1, 2018.

A senior administration official confirmed on July 21 that the aid remains suspended pending significant action by the Pakistani government.

In September last year, the U.S. Department of Defense suspended $300 million in counter-terrorism aid to Pakistan, saying the country failed to meet demands for decisive action against terrorist groups operating within its borders.

While other topics are on the table—including trade, energy, and women’s issues—the negotiations with the Taliban have reached a crucial juncture and the White House will ask Khan to “pressure the Taliban into a permanent ceasefire.” The White House also wants the Taliban to participate in peace talks that include the Afghan government.

On July 21, the Taliban attacked a security checkpoint and a hospital in northwestern Pakistan, killing nine people and wounding at least 30. In Afghanistan, the Taliban killed 18 Afghan soldiers in overnight clashes on July 17.

In late June, the United States and Afghanistan condemned the Taliban over threats against Afghani media which broadcast anti-Taliban statements.

Khan arrived in Washington on July 20. He is expected to try to mend fences and attract much-needed U.S. investment, hoping the arrest last week of a terrorist leader with a $10 million U.S. bounty on his head will lead to a warmer reception. A senior Trump administration official noted that the terrorist leader, Hafiz Muhammad Saeed, has been arrested and released six times since a major terrorist attack on the Indian parliament in 2001.

“So we would look to see that Pakistan is taking sustained action and actually prosecuting these people,” the official said.

Trump wants to end U.S. military involvement in Afghanistan, and Pakistan’s cooperation will be essential to any deal to end the war and ensure the country doesn’t become a base for terrorist groups such as Islamic State.

Pakistan has yet to release Shakil Afridi, the jailed doctor believed to have helped the CIA hunt down Osama bin Laden, the mastermind of the Sept. 11, 2001, attacks on the United States.

The imprisonment of Afridi has long been a source of tension between Pakistan and the United States. Washington continues to call for his immediate release, the U.S. official told reporters on July 19.